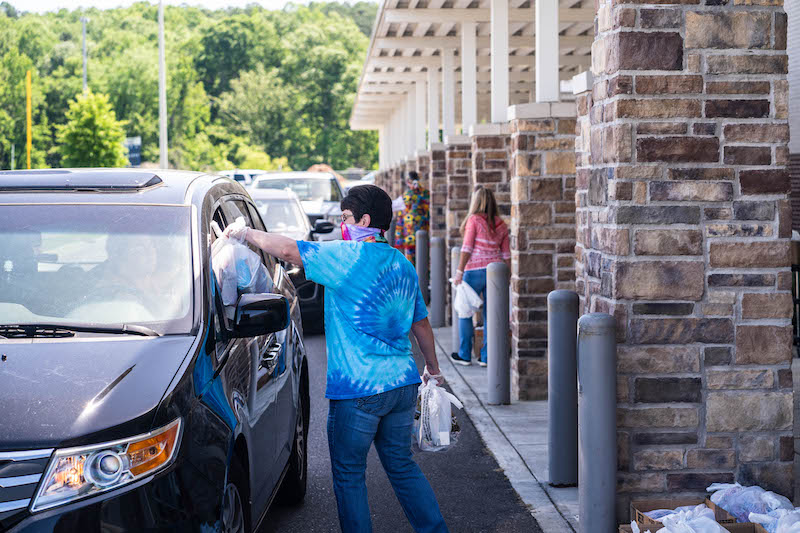 By CINDY WARNER / Special to the Reporter

As news broke that schools would close for the remainder of the year, the Shelby County Child Nutrition Program employees put on their masks and gloves and got to work feeding students who would be impacted by the loss of breakfast and lunch meals normally provided at school.

Initially, the meals were only provided to students who previously had qualified for free or reduced lunch.

However, a few days into the distribution service, the district was granted a USDA waiver that allowed the program to expand to the entire community.

The waiver created a spike in the number of meals served at every distribution site in the district, jumping from just 415 meals served the first day to over 1,604 by the end of the first week.

“When we first heard that school would be closed, I had several CNP managers text me that night to let me know they wanted to help but didn’t exactly know what we could do,” CNP Coordinator Nathan Hayes said. “Everything was changing faster than we could imagine.”

Once a plan was developed for the grab-and-go meals, district leaders, school administrators and teachers volunteered to help distribute the meals in drive-thru lines at each of the seven high schools.

They were later joined by bus drivers who signed up and filled more than 418 volunteer slots.

“The school administrators and all of the folks at each school did so much to support CNP and taking care of students,” Hayes said. “Many of the schools not only provided meals and smiles, but they also had books available, hand sanitizer and the most valued possession of all – toilet paper! Every school zone quickly volunteered to help however they could.”

Community organizations such as Vineyard Family Services and Alabama Childhood Food Solutions, partnered with the district to provide Backpack Buddy bags and shelf-stable groceries for families.

Hayes praised the leadership provided by Dr. Lewis Brooks, superintendent, and David Calhoun, assistant superintendent of operations, for not only helping to plan and organize the distribution program but also for visiting the various high school sites to support staff who were working and volunteering.

“Whenever we had a potential problem they were there to listen and offer help,” Hayes said.

Hayes noted that while the past two-and-a-half months were stressful and busy because of all of the “unknowns” early in the process, seeing the gratitude in the faces of students and families made the time and effort worthwhile.

“When our staff saw familiar students and parents it reminded us that this shall pass but relationships will last,” Hayes said.