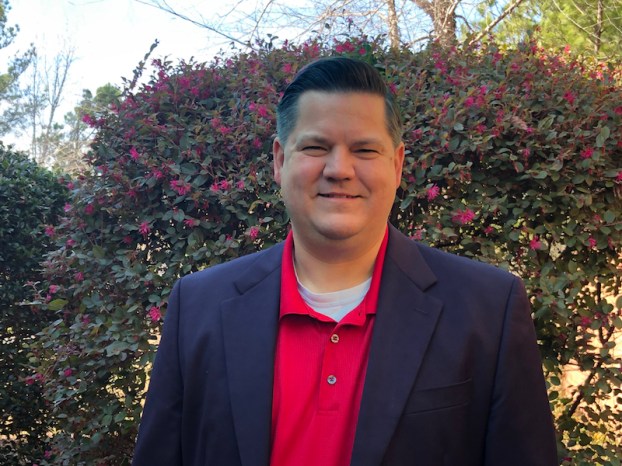 David Coram has announced that he will be running for Place 1 on the Pelham City Council for the upcoming election in August. (Contributed)

PELHAM – David Coram has announced he is running for Place 1 on the Pelham City Council in the upcoming election to be held on Tuesday, Aug. 25.

“My heart is for Pelham and I want to be your voice for change at Pelham City Hall,” Coram said. “I am a believer in true servant leadership and would be honored to represent and serve as a member of your Pelham City Council.”

Coram has been a citizen of Pelham since 2008 and part of the community for 17 years. He and his wife Erin, along with their two daughters are members of First Baptist Church Pelham, where David currently serves as a deacon and has also served as a Sunday school teacher, chairman of the deacons and personnel committee chairman.

He has also served as the missions coordinator for Hope’s Cry International in Soroti, Uganda, as chaplain and trustee for the American Legion Matthew Blount Post 555, as the charter organization representative for BSA Troop 404 Pelham and a unit leader for American Heritage Girls Troop AL1989 Pelham.

While his father, a 33-year veteran of the United States Army, was serving in South Korea, Coram learned about living outside of America, respect for other cultures and how important it is to protect the freedoms we have in the United States.

After graduating from Seoul American High School in Seoul, South Korea in 1995, Coram proudly served in the United States Air Force for 10 years. In 2006, he earned his Bachelor of Science in Business Administration from the University of Phoenix and an Associate of Applied Science in Human Resources Management from the Community College of the Air Force.

“I took the duty of serving my country seriously, considered it an honor and would feel the same about serving the people of the City of Pelham,” Coram said.

Coram is currently the general manager for the Holiday Inn Express & Suites Birmingham-Homewood.

“By honestly listening, you can learn what’s most important to people and apply that knowledge to make changes or solve problems,” Coram said. “Serving on the Pelham City Council will give me an opportunity to truly hear the concerns and ideas of the community and be their voice in Pelham City Hall.”

Coram said he believes that a critical part of being a Pelham City Council member is interacting with people in the community to find out their main concerns and the issues that are most important to them.

“My main goal if elected as a Pelham City Council member is to partner with residents and leaders of local businesses, schools, police and fire services, environmental services, parks and recreation and others to find opportunities and solutions to improve our schools and neighborhoods, continue making our community safer, identify new and innovative ways to help businesses thrive, attract new events to our beautiful facilities, explore new ideas to address flooding, drainage and other environmental issues and ensure our tax dollars are utilized in ways which maximize their impact on our city,” Coram said.

Coram said he has already met or spoken with many residents, business owners, police and fire service representatives, teachers and others and plans to continue to do so in order to hear and understand their current needs, concerns and ideas.

“My goal for Pelham and list of opportunities for improvement was formed based on conversations I’ve had with residents, business owners and others regarding their current needs, concerns and ideas, but I feel certain this list will grow and evolve as I interact even more with the community,” he said.

Coram encourages all residents of the city of Pelham to check and/or update their voter registration prior to the August election. Information can be found on the city of Pelham’s website Pelhamalabama.gov/177/Municipal-Elections.

For more information about Coram and to learn how you can volunteer or donate to help his campaign, visit the website Davidcoramforpelham.com.

FROM STAFF REPORTS As we approach the July 14 Primary Runoff Election between Jeff Sessions and Tommy Tuberville, Secretary of... read more