Jones a champion on the track and in the classroom

Thompson High School student Jace Jones describes his senior year like no other. 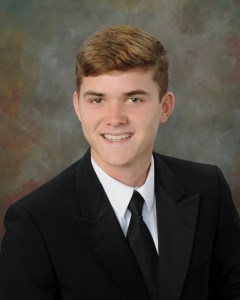 “I miss my friends every day, but I realize it is what is best at this moment,” Jones said. “Since I did not have to do anymore school work, I have been doing a lot of running and work around the house. I also play some Xbox every now and then so I can interact with my friends.”

Jones said some of his favorite moments of high school included seeing the football team win the state championship.

“Just seeing how it brought the community of Alabaster together as a whole was incredible,” Jones said. “Our senior class’ seventh grade year, the team went 0-10 and just seeing how far the team came was special. My other favorite memory was the Indoor 2020 track and field state championship. Our team finished runner-up, which was the highest placement in school history. I also finished the meet with two individual state championships, which were the mile and two-mile. I also placed runner-up in the 800-meter race. This meet I saw the entire culture of Thompson track change. We went from hoping to win to expecting it. That whole weekend was something I will remember forever.”

Academically, Jones was part of the school’s National Honor Society, math team. Mu Alpha Theta, Spanish Honors Society and Leo Club. He was also selected to be a valedictorian.

Jones said his favorite subject in school is math, because he likes the fact there is always a precise answer.

“Whereas in other subjects the answers are not as precise and to the point,” Jones said.

Jones said one memory he will take with him from his time at Thompson includes standing on the podium knowing he was a state champion.

“Also, that the track team was going to finally get a map. Just seeing how far the team had come was truly special,” Jones said.

One thing Jones said he will miss is getting to see his coaches and teachers every day.

“I will also miss being with my friends every day and just knowing that I probably won’t see the majority of the senior class again is extremely upsetting,” Jones said. “A class of 544 graduates, and knowing I won’t get to say bye to everyone one last time is super upsetting. My years at Thompson High School have been the best of my life by far. Once you are a Warrior, you’ll always be a warrior.”

Jones plans to attend the University of Alabama to hopefully major in some sort of business and to run cross country and track.

Jones is the son of Jeff and Jennifer Nichols.

‘Attitude about life is an active choice that we make’