Long knows to only worry about what she can control

Pelham High School senior Erin Long recalls winning the state championship with her volleyball team her sophomore year, as one of her favorite moments from high school. 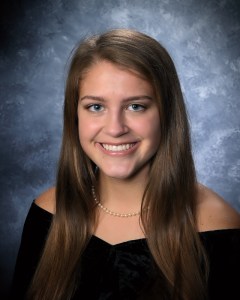 “Our team that year had great leaders and chemistry on and off the court, which made for an awesome season that was so much fun,” Long said. “Another one of my favorite memories from Pelham would have to be Friday night lights at Ned Bearden Stadium or cheering on the basketball team in Jo Flo’s Jungle. Just supporting the school and being able to hang out with my friends made for some great memories.”

Long was part of two state championship teams, one volleyball and one track, and also helped the school claim seven state runner-up trophies for track. I was a state champion in javelin and was the Birmingham Female Athlete of the Year in 2018. Long was also named the class of 2020 valedictorian.

“I found the material very interesting and had an awesome teacher who made the class enjoyable,” Long said.

Long describes having part of her senior cut short due to the Covid-19 virus as broken hearted.

“When they first made the announcement that schools would not open back up, thinking about all of the fun experiences we’d be missing out on such as senior field day, luncheon and prom,” Long said.

A piece of advice Long has appreciated came from her volleyball coach Perry Robinson, who always told her to control what she can control.

“He understood that I was always my own worst critic and tended to stress too often,” Long said. “I have been able to use this advice in all aspects of my life, and it really came into play my senior year, a time when I had to make a lot of important decisions.”

Long plans to attend Samford University on a track and field scholarship.

She has plans to possibly pursue something in the medical field.

Long is the daughter of Brian and Leslie Long. She is the sister of John-Michael and Emorie Long.