UM alumna named to list of Most Influential Black Executives 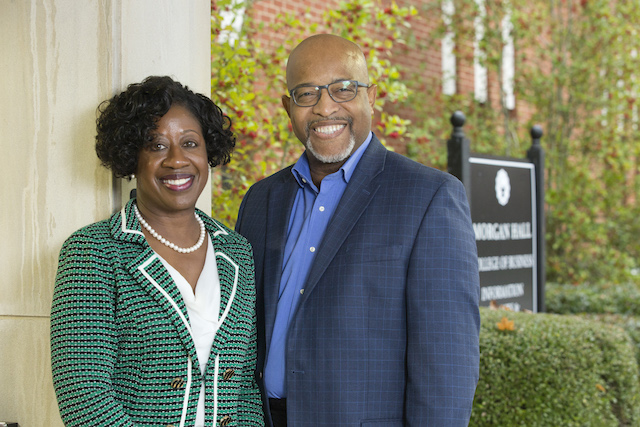 Tracey Morant Adams with her husband, Jeff, on the University of Montevallo campus. (Contributed)

University of Montevallo alumna Tracey Morant Adams, class of ’88, has been named to Savoy magazine’s 2020 list of the Most Influential Black Executives in Corporate America for the impact she has had during her career with Renasant Bank.

The list is the definitive listing of African American executives, influencers and achievers impacting corporate America.

“Savoy is proud to present the 2020 Most Influential Black Executives in Corporate America. In this issue, we assembled an elite representation of African American men and women who have been recognized for their executive and business leadership in national and global-leading corporations,” said L.P. Green II, publisher of Savoy magazine. “These innovative trailblazers have led efforts to foster growth for some of the country’s highest-performing companies throughout and beyond the US market.”

Adams leads economic, community and small business development for Renasant Bank. As a divisional leader and member of the Senior Leaders Roundtable, she helps guide the company’s diversity and inclusion strategy and programs for minority and disadvantaged businesses. She founded The Nest, a business initiative for women entrepreneurs.

While compiling the list, the magazine evaluated multiple areas, including corporate sector influence, scholastic achievement, career growth, community outreach and recognition. The information received from more than 500 prospective candidates in diverse fields was pre-screened by the selection committee.

Those named to the list were chosen based upon their exemplary record of accomplishments and influence while working to better their community and inspire others.

Woodman considering a run for mayor of Helena