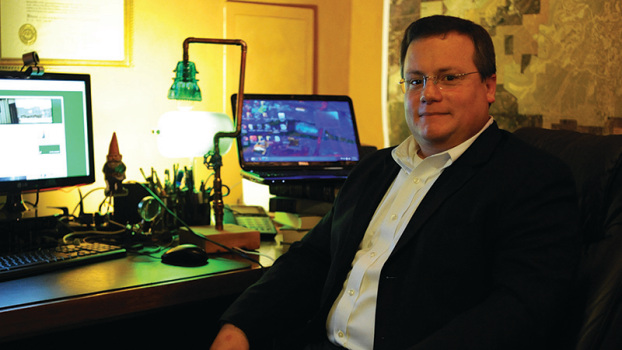 Woodman considering a run for mayor of Helena

HELENA – Helena City Council President Hal ‘Hewy’ Woodman expressed on Thursday, June 4, that he is considering a run for mayor of Helena, following current mayor Mark Hall’s announcement that he will not seek re-election earlier that day.

“Being the president of the city council I have the responsibility of being the back up to the mayor. I have endeavored to make sure that I am prepared for that role. I will be able to continue the positive things that have been happening,” Woodman explained.

Woodman expressed that he is currently talking with friends and family and weighing how the job would impact himself and those around him.

If he were to run for mayor, Woodman said that he would focus on the same agenda that he does now as city council president.

“I would put a heavy emphasis on smart and controlled growth,” he explained. “I would want to have a better long-term plan about roads and infrastructure.”

He also expressed the desire to maintain and improve safety and education in Helena, since those are the main reasons that people are moving to the city.

Woodman also praised the work that Hall has done during his tenure as mayor.

“He brought reform to the police department, making sure there is no discrimination, and that police wear body cameras,” he said.” “I think most people would say that Mark Hall did everything he could to improve Helena, and if I were to be elected mayor, I would do the same.”

Woodman said that he will make a decision in the coming weeks.

July 27 is the last day for candidates to qualify for municipal races, and the Helena municipal election will be held Aug 25.

For more information about Woodman you can visit Hewy4helenacom