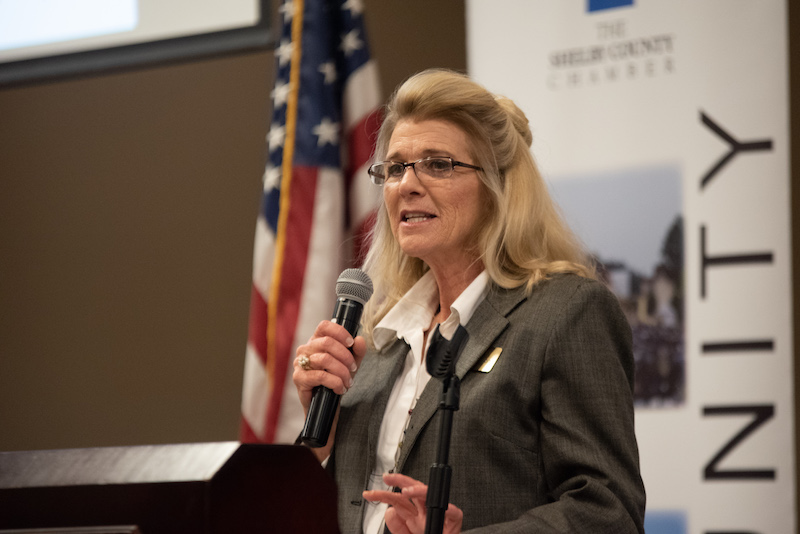 ALABASTER – After being elected mayor of Alabaster in October of 2012 and serving two terms as the city’s leader, Marty Handlon announced on Tuesday night, June 9, that she won’t be seeking a third term.

Having lived in Alabaster since 1997, Handlon has been close to the community for more than 20 years, but after helping the city grow the last eight years as the county’s largest city, she has decided to go in a new direction.

Part of that direction will include turning her attention to using her master’s degree in clinical mental health counseling.

“My service to our community has developed and grown me in ways I could have never imagined, including a heart for mental health,” Handlon said in her announcement not to run for reelection. “After the mental health epidemic hit our community so hard in 2017, I felt led to pursue a master of clinical mental health counseling. As my mayor term draws to an end this year, I feel like I am ready to focus my time and energy on the Helping Profession—where, as a friend said to me, the need is great and the workers are few.”

It was a difficult decision for Handlon, who said serving the city as mayor was one of the best memories she’s been able create in life.

“Being the mayor of Alabaster has been one of my greatest joys,” she said. “I cannot adequately express how much I have loved this community and enjoyed being part of its growth and development for the last eight years.”

The 2020 municipal elections will take place on Aug. 25, when Alabaster residents will vote on who the next mayor will be. Those who would like to run for mayor must enter the race during the qualifying period, which starts July 7 and ends on July 21 at 5 p.m.

While there will be a new chapter for the city of of more than 33,000 people, Handlon said she is grateful and hopes for the best in the future.

“Thank you Alabaster for allowing me to serve you! It has been my honor and privilege,” she said. “I hope I gave as much as I received, because I have been blessed beyond measure.”