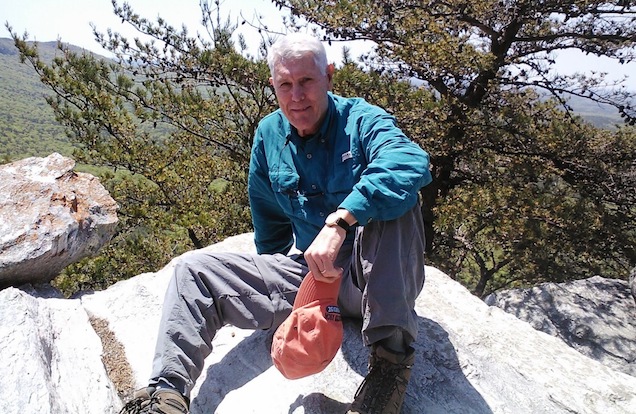 Alabama houses some of the hungriest and poorest numbers of Americans, according to a Bread for the World analysis of the latest U.S. Census (2010) data.

In Alabama, 18 percent of residents lived in poverty. According to Bread’s analysis, the state also had one of the highest participation rates in the Supplemental Nutrition Assistance Program (SNAP, formerly food stamps).

Since 2001 Oak Mountain Mission Ministries has been demonstrating the love of Christ by providing food, clothing, furniture and financial (utilities, medical) assistance to those in need.

Thanks to more than 300 volunteers and generous support, the Mission serves individuals referred from various agencies and faith support churches in Shelby and Jefferson counties. One of the 300 volunteers is James Courtney, a team member of the group that works with food distribution services.

An original member of the four-man team that volunteered to drive to the home of clients, Courtney makes his rounds every week.

“When I saw the circumstance of people in the community, I decided I needed to go the extra mile by taking food to the recipient’s home,” Courtney said. “We are helping people who really need our assistance.”

Courtney’s compassion extends beyond the walls of his dedication to OMMM.

He was a volunteer with Big Brothers Big Sisters program. He was mentor and friend to his “little brother,” Leonard, from the time Leonard was 11 until he turned 18 years old.

He was honored with the Big Brother Award in 2017. Courtney and Leonard still stay in touch.

The oldest of three, Courtney is a native of Texas.

He earned a Bachelor of Science in business from the University of Louisiana, Lafayette in 1964.

He received his master’s in business administration in 1966.

Widowed since 2017, Courtney shared many happy times with wife Katherine for 53 years.

A son and a daughter were born from their union.

Courtney has been blessed with four grandchildren. In his spare time, he enjoys a Tai Chi class once a week at the Pelham Senior Center.

“It’s slow movement exercise which helps me develop balance,” he said. “I love to hike.”

He also works out at the YMCA and takes an occasional ballroom dancing class.

RSVP is grateful to Courtney for his dedication to Oak Mountain Mission Ministries and his desire to make a difference in the lives of the some of the citizens in Alabama who need help the most.