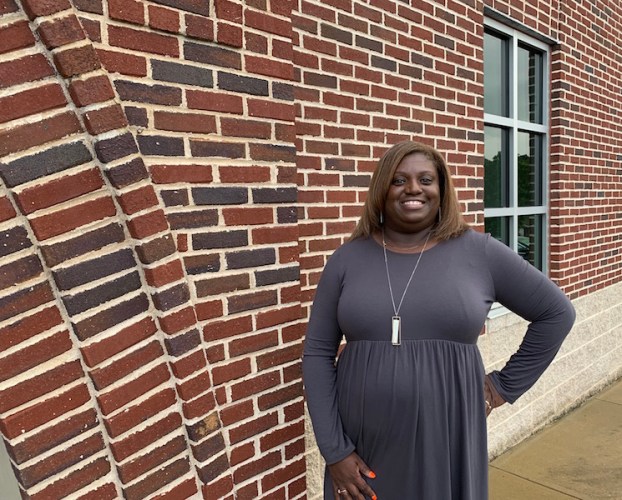 Joyce Jones announced her intention to run for mayor of Montevallo during a June 8 City Council meeting. (Reporter Photo/Emily Sparacino)

Jones to run for mayor of Montevallo

MONTEVALLO – Montevallo resident Joyce Jones announced her intention to run for mayor this year during a City Council meeting on Monday, June 8.

A Montevallo native, Jones said she loves her hometown and wants to see more economic growth and cultural development happen.

“I want to continue our city’s expansion of new and diverse businesses,” Jones said. “I want to talk about continued commitment to quality education and how we can expand and grow programs and infrastructure that’s going to benefit kids both in and outside the classroom. I want to talk about topics such as Main Street development and eliminating community potholes.”

Jones said another goal she has is to ensure all residents know their voices are heard.

“It’s my desire that Montevallo remains on a path and intentional pursuit of becoming a community that encourages and embraces participation from all of its citizens, regardless of their economic status, their race, their religion, their political affiliations or cultural experiences,” Jones said. “I want to ensure that everyone in Montevallo has a chance to feel like they’re not the last, the least or the left out, and that they move from the outskirts of our governing to a community that’s faithful and committed to meaningful dialogues and planning to progressively move us into a shared future.”

Jones and her husband, Mike, have three daughters, MyShael, MyKailah and MyCaya, and a son, Michael J.

“I have always been involved in the community, especially with the schools and youth programs because of our children,” Joyce said. “Mike and I actually ran the youth basketball program for a couple of years before it became a part of the city youth programs under Mr. (Shane) Baugh. In addition to youth interests, I served on the Arbor and Beautification Board, the Library Board, and currently I serve as the chair of the Historical Preservation Commission.”

Joyce said she also strives to serve others as a neighbor, friend, pastor’s wife and mom.

“I think too often we think you need to be on committees or boards to help, and that just isn’t true for me,” she said. “I wake up every day and look for a way to serve my community. I’m in the schools, at the library and parks. I do 90 percent of all my shopping and dining out right here in town. I work in town, buy my gas in town, raise my kids in town.”

Joyce has worked for the University of Montevallo for more than 15 years. Prior to that, she worked at Montevallo’s middle and high schools.

“We all believe our city is pretty special, we’re all keenly aware of it, but I believe we’re strong enough to be honest and say that in some areas we can and we should be better,” Jones said. “I’m not naïve enough to think that the path forward is going to be easy. It’s going to be challenging, but we’ll be challenged together. I’m going to be committed to doing my part at making sure things happen.”

Municipal elections will be held Aug. 25. The deadline to qualify to run for municipal office is July 21.

By SCOTT MIMS / Staff Writer PELHAM — It was the 2016 Colonial Pipeline explosion and spill that spurred conversation... read more