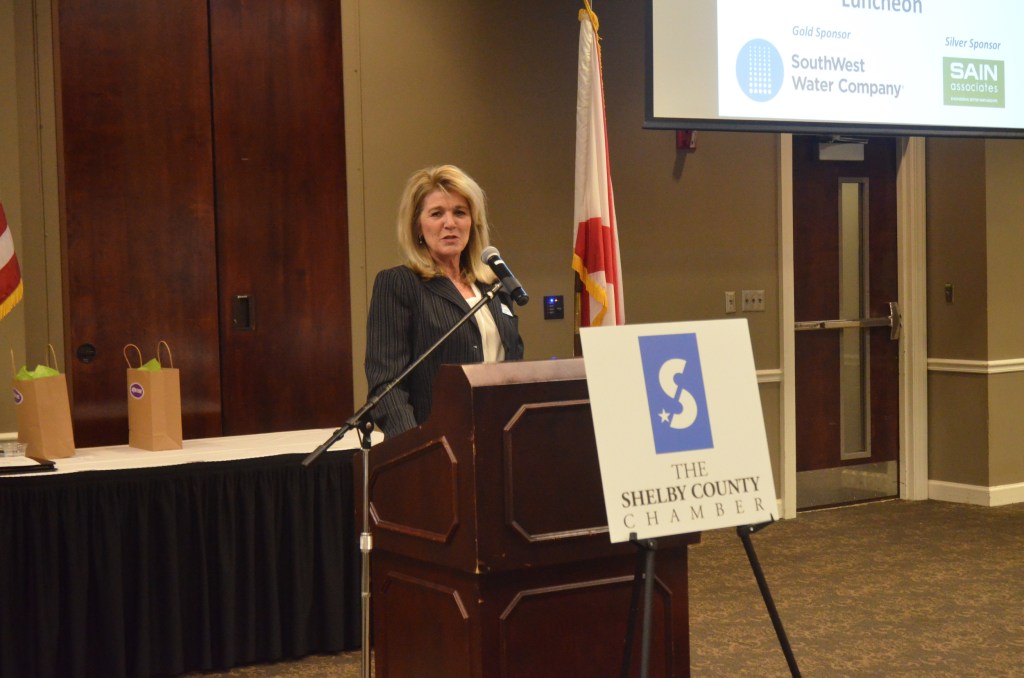 Marty Handlon was elected mayor of Alabaster in 2012. (FILE)

ALABASTER – As mayor of Alabaster, Marty Handlon witnessed the mental health issues that trouble people in the community and across the nation. Ultimately, the passion Handlon developed for mental health caused her to decide not to seek a third term as mayor.

Handlon was an accountant before being elected mayor, but a devastating period for Alabaster—during which nine residents committed suicide in nine months in 2017—led her to seek more information about mental health issues.

“It really rocked me to my core: What’s happening to my people?” Handlon recalls. “I wanted more education. We had two mental health forums that year, with professionals coming in to talk. The more I learned, the more I was intrigued.”

Handlon enrolled in graduate online classes from the University of West Alabama and should finish up the coursework to earn her master’s degree by the end of the year.

After that, she will complete an internship in January and then seek full-time employment.

Whatever that looks like, Handlon said she believes she will be better positioned to pursue her passion for helping with mental health issues than she is as mayor.

“It just seems like there is so many needs out there,” she said. “Nobody wakes up and says, ‘I want to be a drug addict.’ I think so many end up in that position by going through the self-medicating phase to deal with pain or something they’ve experienced. I felt like advocating for it doesn’t seem like enough. It’s like I’ve been told, there’s a lot of work to do and not a lot of workers.”

Handlon first joined the city of Alabaster as an internal auditor in 2006, but the administration at the time decided to eliminate the position. A strong believer in the importance of the information an auditor provides, Handlon began contemplating a run for mayor in 2012 and reinstating the position—both things she would accomplish.

But Handlon described herself as “narrowly focused” on the checks and balances provided by accounting as she began her tenure. She became more comfortable with other aspects of the job, such as public appearances and speaking, as she went along.

Handlon points to the establishment of a finance director position and finance department, and the Teen Council, as among the achievements of which she is most proud.

“That came from the mother in me,” Handlon said about the Teen Council, which gives local high school students the opportunity to learn about the city and municipal government. “I knew we had a lot of teens with time on their hands, and they were not making good choices.”

Handlon said she also worked to develop a leadership team of department heads focused on the overall good of the city instead of their individual departments.

“I wanted to create an internal infrastructure that outlasts me, that performs with excellence long after I’m gone,” Handlon said.

When Handlon took office, Alabaster was still struggling financially from a recession, with no significant reserve funds balance, but through conservative budgets and the cooperation of the City Council, the city now has reserves to be able to weather difficult times.

Handlon said she will also leave behind highly qualified employees in leadership positions.

“I’m so humbled by all the wonderful, sweet messages people have been sending me, saying great things about the city and pointing to my direction,” Handlon said. “But it’s not about me. It’s because there are good people doing good work, and it makes you look good. I’ve just been blessed to be a part of it.”