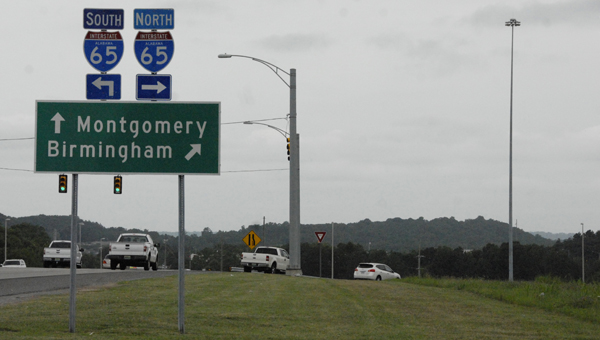 ALDOT has announced lane closures along I-65 due to ongoing construction. (File)

I-65 widening continues in Pelham, Alabaster

A lane closure was scheduled to begin June 7 in the southbound direction of I-65 starting approximately 1-mile south of Exit 242 and continuing through Exit 238. Re-striping will shift traffic where Exit 238 begins to accommodate a double ramp exit and double through lanes traveling south.

The paving for the southbound direction is scheduled to take approximately seven shifts. Final permanent striping is scheduled to begin in early July and should be completed by approximately early August 2020, according to a press release from the Alabama Department of Transportation (ALDOT).

Motorists are requested to consider using alternate routes, adjust arrival and departure times, observe work zone speed limits and other work zone signs, and use extreme caution in this area. ALDOT thanks motorists for their patience during this construction to improve Alabama’s roadways.

Spain Park No. 5 in Niche Best High Schools in Alabama