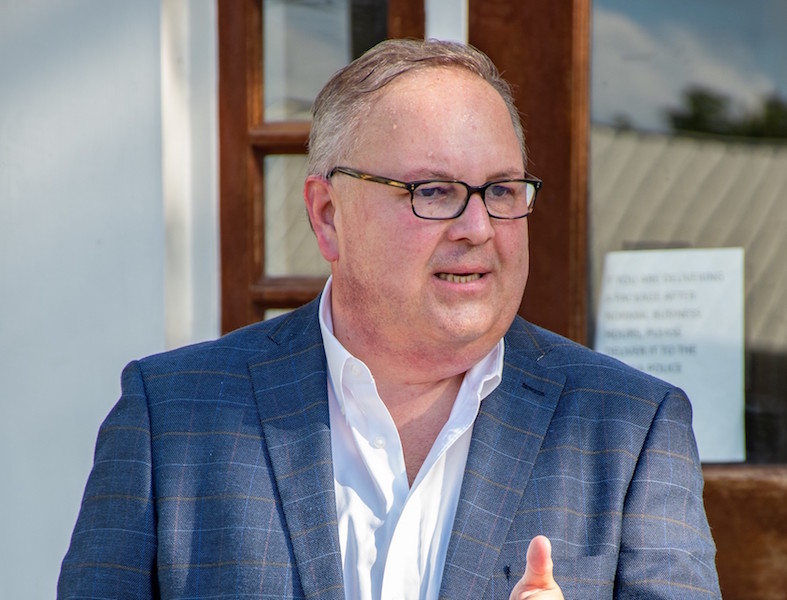 HELENA – Helena Beautification Board Chairman Chris VanCleave announced his candidacy for City Council Place 2 in an announcement at City Hall during the week of June 8.

“After receiving many requests from the people of Helena to run for public office, and after much prayer, I will be seeking the council seat being vacated by Brian Puckett as he seeks the mayor’s office,” VanCleave said.

VanCleave has served two terms of office as Chairman of the Helena Beautification Board, which is appointed by the city council.

There he jumpstarted the city’s beautification program re-instating the flower basket program, an Old Town landscape revitalization and a revamp of the caboose welcome center landscape.

VanCleave is a 27-year bank operations veteran that has helped teams achieve operational excellence at one of the nation’s top financial institutions.

During his announcement on the steps of city hall, he said he plans to push for a comprehensive review of the city’s infrastructure, Helena’s comprehensive plan and for Helena to have broader involvement in conversations with the Shelby County Board of Education on needs of Helena Schools.

A campaign website has been set up at ChrisVanCleave.com

Helena gets back to work following historic 2019 season