The Shelby County Board of Education unanimously approved Brooke Dunham as a system assistant principal during a June 9 virtual meeting.

In her new role, Dunham will be assigned to Helena Elementary School.

Dunham most recently served as a teacher at Chelsea Park Elementary School. 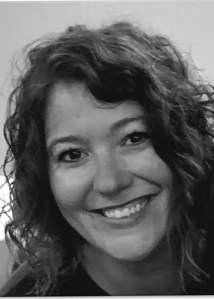 Brooke Dunham was approved as a new system assistant principal to be assigned to Helena Elementary School. (Contributed)

“We’re excited for her and appreciative of what we believe she’s going to bring to the table at Helena Elementary School,” SCS Superintendent Dr. Lewis Brooks said. “Congratulations to Mrs. Dunham.”

In other business, the board approved a change order for reroofing projects at Chelsea Middle School and Calera Intermediate School.

“We saved that amount on this contract,” Assistant Superintendent of Operations David Calhoun said of the $28,705 balance, and added a $58,000 allowance was built into the projects to cover any additional expenses that might have surfaced. “You don’t know exactly what you’re dealing with when you start on roofs.”

The board also approved a $379,000 bid from Wyatt General Contractor LLC for a project at Vincent Middle High School involving additions and alterations to the gym lobby.

Calhoun said the VMHS gym is one of the system’s oldest buildings and needs to be brought up to code.

Renovations will be made to the lobby restrooms and the concession area.