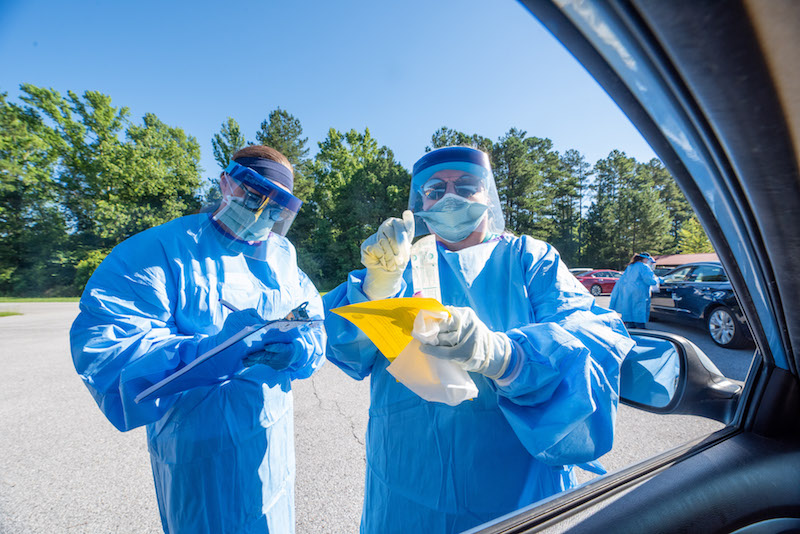 After the previous week saw the second lowest increase of confirmed COVID-19 cases in Shelby County since the first week of the virus, the most recent seven-day span has seen another spike locally.

Following 31 cases the week before, the previous seven days saw the second highest seven-day total since the county’s battle with the novel coronavirus began thanks to 88 new cases, 56 of which came between Friday and Monday morning despite just 459 new tests looked at over the weekend.

That brings the county’s total to 637 confirmed cases with 20 deaths and 12,452 tests administered. It also comes two weeks after the largest seven-day increase of 116, meaning that 235 confirmed cases, or 36 percent, have come in the last three weeks.

In addition to the 88 new cases locally during the last week, there have been 1,785 new tests administered, meaning 4.9 percent of those tested in the last seven days have tested positive, which is up from 2.6 percent the previous seven days. 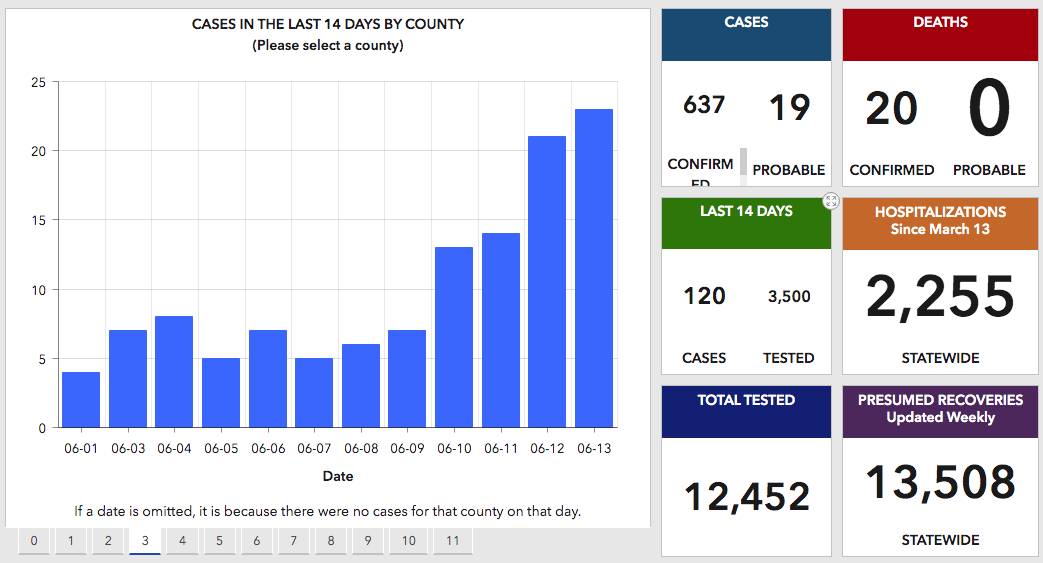 Cases over the last 14 days in Shelby County. (Courtesy of the Alabama Department of Public Health)

Across the state, the numbers have been on even more of an uptick in the last week after daily records have been set regarding confirmed cases for the last several days in a row.

Now sitting at 25,235 cases of the virus statewide, which is an increase of 5,069 cases in the last seven days, making it one of the largest weekly increases the state has seen, the majority of which has come between last Wednesday and Monday morning.

There have been 37,843 new tests administered over the last seven days as well, meaning 13.9 percent tested in the last week have gotten back a positive result. That’s a drastic increase from last week’s 5.8 percent.

Over the last 14 days, there have been 7,227 new cases with 87,078 tests administered in that span, which marks 8.9 percent of those tested receiving a positive test.

During the span of the virus, which now sits at three months, there have been 297,075 tests, which means 8.5 percent of those tested have tested positive.

There have also been 768 confirmed deaths across the state, which marks an 80-count increase over the last seven days.

Females are also getting the virus at a higher rate making up 57.28 percent of cases, while males make up 52.8 percent of those who have died.

There have also been 2,255 hospitalizations since the virus started with 233 of those coming in the last week. 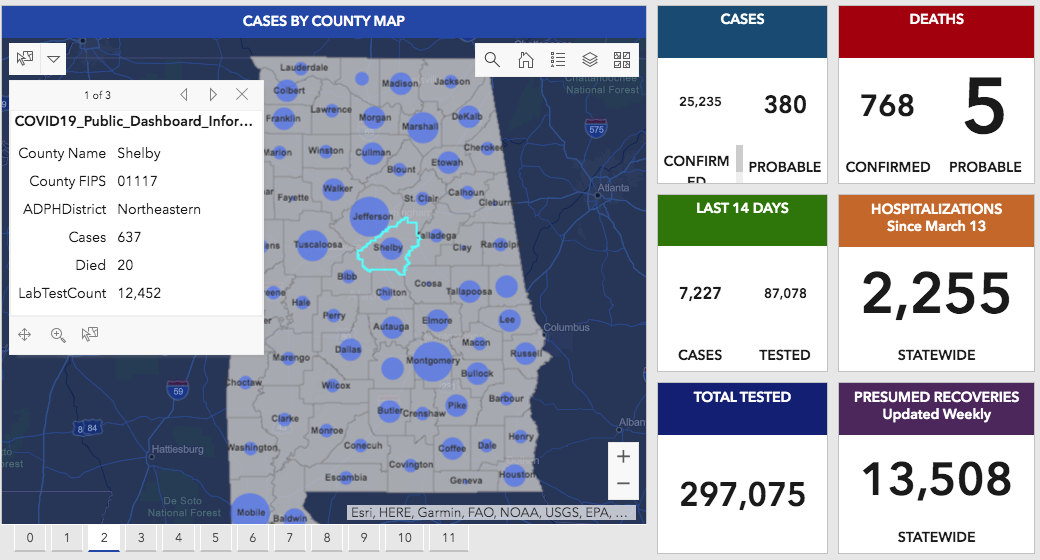 A look at the state’s latest COVID-19 numbers. (Courtesy of the Alabama Department of Public Health)