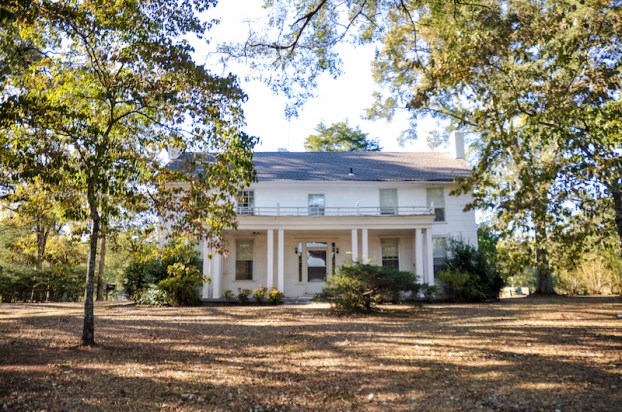 The Montevallo City Council awarded a $466,386 bid to Jared Building Company for the restoration project involving the historic Mahler House on Alabama 119 in Montevallo. (Contributed)

MONTEVALLO – The Montevallo City Council has awarded a bid for the restoration of the Mahler House, also known as Perry Hall, on Alabama 119.

The council in a June 8 meeting approved a $466,386 bid from Jared Building Company for the project, which involves repairing the deteriorating home, a part of the 167-acre estate Elizabeth “Betty” Mahler donated to the city in 2013 to be developed into a public and recreation site named Shoal Creek Park.

Jared Building Company was the lowest responsible bidder, with a base bid that was about $40,000 lower than the base bid of the other bidder.

“We have been working so hard to get to this point,” Mayor Hollie Cost said. “That was such a gift that the Mahler family provided to us, and we’re so happy we’re able to preserve that in this way. It’s long overdue.”

The total project cost is about $500,000. After paying for engineers, architects and testing, the city still has about $250,000 set aside for the project, City Clerk Herman Lehman said.

The city plans to do as much of the work as possible with those funds, while looking to other resources in case enough funds can be secured to cover the whole project cost.

“This is a great start and will help us to preserve and improve the old Mahler Home for the enjoyment of generations to come,” Lehman said.

The goal of the project is to preserve the character of the home’s exterior while renovating it. Plans also include rebuilding the front porch, enclosing the garage to be a catering kitchen, addressing foundation issues and renovating the home’s interior.

FROM STAFF REPORTS A 27-year-old Birmingham man residing in the Birmingham portion of North Shelby County was arrested on Sunday,... read more