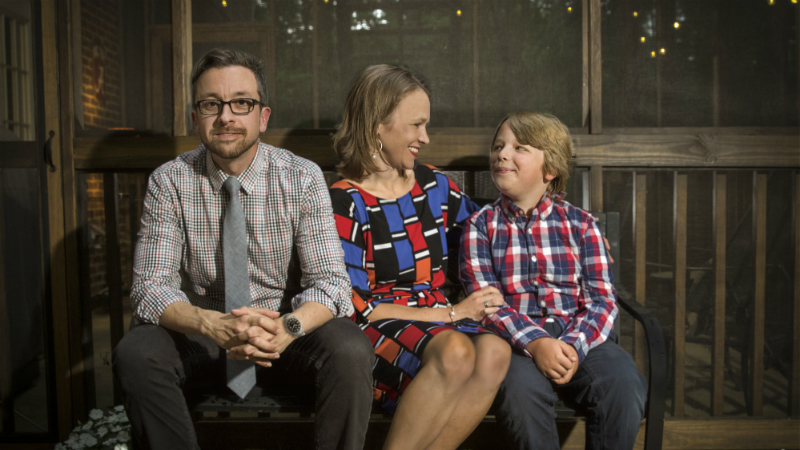 “I’m new to city government, but not new to what makes great towns like Alabaster work,” he says, “which I feel is an advantage now. I’m ready to listen, learn and serve.”

Cole has lived in Alabaster for 22 years. He and his wife, Charissa, have been very active in the community. They have one son, Sullivan Thomas (“Sully”), a student at Thompson Middle School. The family lives in the Lake Forest neighborhood in Ward 5. Cole’s wife, Charissa, is the principal at Creek View Elementary School.

Cole is a member of the Alabaster City Schools Foundation Board of Directors, and is currently serving as Vice President of the Alabaster Arts Council. He is one of the key organizers of Alabaster CityFest, and has also worked to bring other cultural events to the city, such as symphony concerts and Jazz in the Park. Cole is an accomplished journalist, and spent the first 12 years of his career at Birmingham-based Progressive Farmer magazine, where he was the Managing Editor. Cole was the director of the magazine’s Best Places To Live In Rural America program, which highlighted America’s top rural towns and counties.

For the past decade, he has been a partner in a small business called Red Barn Media Group, which creates media for agricultural companies. He serves on the Board of Directors for the American Agricultural Editors Association. He is a worship leader and musician at Mountaintop Church, along with his wife. He is a graduate of Jacksonville State University and the University of Alabama, and taught journalism courses at both.

“For me and my family, this is not about ‘entering politics,’” says Cole. “This is about the next logical step in public service and civic pride. My work has taken me all over North America, to many small towns. There are many ideas to be gleaned from that kind of work, but it also helps me realize how good we have it here in Alabaster.”

Cole says he plans to continue his work in the arts, and will build on his family’s passion for education by helping forge stronger relationships between city government and Alabaster City Schools. “We have three large, successful schools right here in Ward 5, including our beautiful new high school,” says Cole. “This would be a source of pride in any community, and it’s part of what makes living in Alabaster so special.”

Cole also says he will focus on safety in a ward that has seen a large influx of through traffic in the past several years, along with other issues that affect the day-to-day lives of his neighbors. He promises to be an advocate of smart growth and economic development while maintaining and building upon Alabaster’s unique identity and attributes.