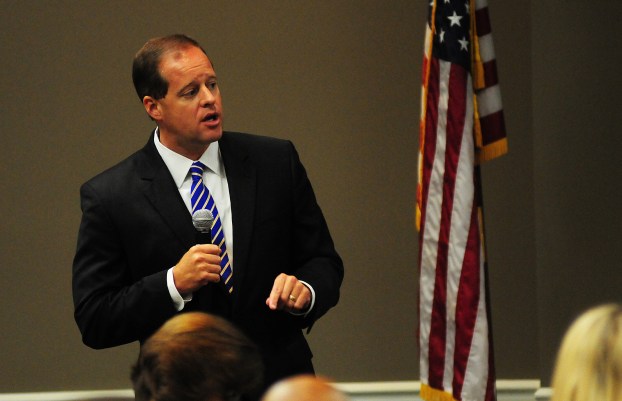 MONTGOMERY – Sen. Cam Ward (R-Alabaster) has been elected as a founding member of the Council on Criminal Justice, a nonpartisan national invitational membership organization and think tank.

Independent and nonpartisan, CCJ advances understanding of the criminal justice policy choices facing the nation and builds consensus for solutions that enhance safety and justice for all. Through research, policy development and other projects that harness the experience and vision of its leaders and members, CCJ serves as a catalyst for system improvements based on facts, evidence and fundamental principles of justice.

“I’m honored to have elected to the Council, and I just look forward to working on this issue as I always have going forward,” Ward said.

An attorney by profession, Ward represents Senate District 14 which includes all or parts of Bibb, Chilton and Shelby counties. He serves as the Chairman of the Senate Judiciary Committee and has emerged as a leading voice in criminal justice reform in Alabama and across the country. He was first elected to the Senate in 2010.

Council membership recognizes the accomplishments of established criminal justice and public policy leaders and develops a strong, diverse cohort of emerging leaders equipped to steer the criminal justice field through future challenges. Members include professionals in law enforcement, courts and corrections; state, local and federal policy makers; advocates and researchers; leaders in business, faith and philanthropy; directly impacted people and victims of crime, and others.

The Council’s advisory Board of Trustees is co-chaired by former U.S. Deputy Attorney General Sally Yates and Mark Holden of Koch Industries, and includes U.S. Sen. Mike Lee of Utah, former California Gov. Jerry Brown, former Philadelphia Mayor Michael Nutter, and Van Jones of CNN. The governing Board of Directors is chaired by Laurie O. Robinson, who twice served as Assistant Attorney General in charge of the Justice Department’s Office of Justice Programs. The Council was founded by its president and chief executive officer, Adam Gelb, a former journalist, U.S. Senate Judiciary Committee staffer, and director of public safety initiatives at The Pew Charitable Trusts.

Inaugural members were nominated by Directors and Trustees, vetted by a Membership Committee composed of Directors and Trustees, and elected by the Board of Directors. Members are selected based on criteria that include practical impact, intellectual achievement, dedication to research-based policymaking, standing among peers, promise of future service to the field, and potential for contributing to CCJ’s work.