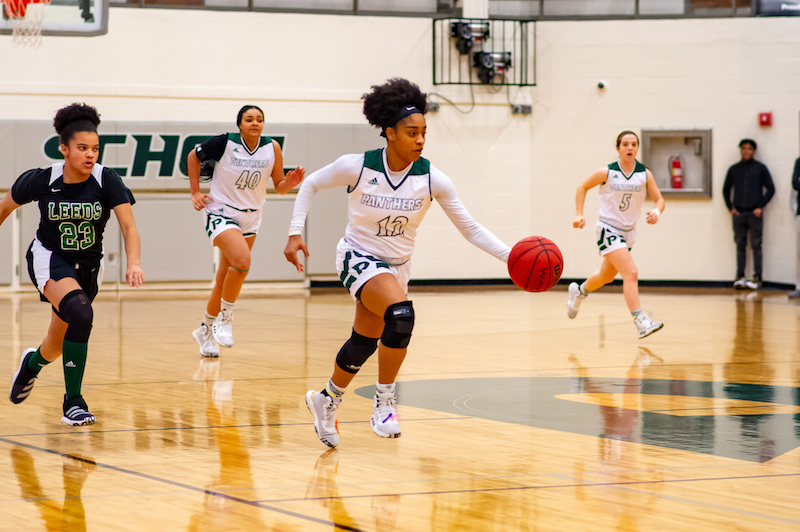 Pelham's Tamia Nelson, above, was recently awarded the Willie Scoggins Jr. Scholarship for her achievements in both basketball and the classroom. (For the Reporter/Larry Dancy)

PELHAM – Pelham’s Tamia Nelson had a special senior year despite a difficult ending due to COVID-19 cutting it short, and the year got a little more special when she was recently announced the winner of a major scholarship.

Nelson, who spent her final two years of high school at PHS, was honored with the Willie Scoggins Jr. Achievement Scholarship given out each year to someone who excels both in the classroom and academically.

The Willie Scoggins, Jr. Achievement Scholarship is open to students in each high school in district 5, which includes Pelham. An administrator or athletic director may nominate one senior boy and one senior girl who they believe is deserving of recognition for this scholarship opportunity.

Nelson was not only a shining star in the classroom, but was a key to the success of Pelham’s basketball team during her senior season.

While sitting out her junior season due to transferring, she was able to win over her teammates and coaches, which led to her gaining a leadership role despite not being able to suit up for the team.

That paid dividends for her and the Panthers as a team going into Nelson’s final year on the court, in which she took full advantage of as a guard that was a team-first player.

In addition to her on-the-court play, Nelson was named a finalist for the Bryant Jordan Scholarship this year, alongside classmate Erin Long.

Like the Bryant Jordan Scholarship, the Willie Scoggins Jr. Scholarship award is presented to deserving student athletes who have demonstrated a willingness to overcome obstacles and achieve a high level of excellence.

These students exemplify the phrase “be all that you can be” and they have done this through their individual efforts, dedication and commitment to doing their best according to the description of the award.

To be nominated, students must have participated in the athletic program for their school and maintained a level of academic success. The criteria considered in the selection process includes a student’s academic performance, accomplishments through athletics, community involvement and most importantly the ability to overcome obstacles in order to attain a level of achievement.

Further, the selection committee requires two letters of support for each nominee and a written essay detailing why the nominee feels he or she is deserving of this award.

By winning the award, Nelson received $2,000 toward her college tuition, which will come in handy as she now looks to take the next step and head to Lawson State where she’ll also continue to play the sport of basketball.