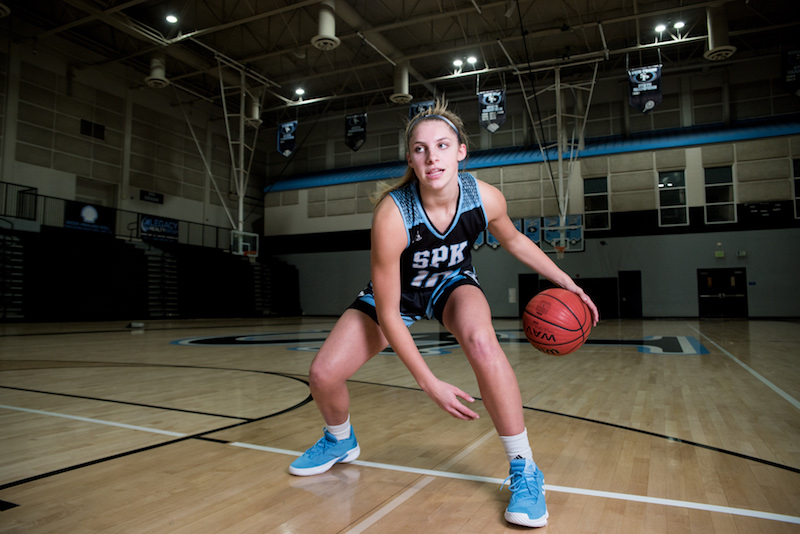 Sarah Ashlee Barker has been named the Shelby County Female Athlete of the Year after leading Spain Park's girls basketball team to the 2019-20 Class 7A State Championship. (File)

HOOVER – After a remarkable high school basketball career spanning four years at Spain Park High School, Sarah Ashlee Barker became one of the most decorated girls basketball players in the state, and now she’s got one final high school honor to her name.

Already having earned the state’s Gatorade Player of the Year award for girls basketball, as well as the Miss Basketball award, both of which made her the state’s best player, Barker has now also been named the Shelby County Reporter Female Athlete of the Year, making her the best female athlete in the county.

This comes on the heels of being named the state’s Female Athlete of the Year, while having also earned spots on the All-State and All-County basketball teams each of the last four years with the Jaguars.

Now in Athens, Georgia, preparing for her new role as a collegiate basketball player with the Georgia Bulldogs, Barker’s storied career featured three state championship appearances over the last four years, two state championships in the last three years and by making it to at least the Elite Eight in all four years with the Jaguars.

She was also the first Spain Park player to win the Miss Basketball award and just the second player from Shelby County to ever win the award after Calera’s Shanavia Dowdell won in 2006.

During the run to this year’s Class 7A State Championship win over crosstown rival Hoover, the 6-foot senior athlete led Spain Park to a 32-4 overall record, while averaging a double-double at 23.3 points and 10 rebounds per game.

In the championship game, Barker went on to post 14 points and 10 rebounds despite fouling out with more than two minutes remaining.

But her leadership was key as well.

Lifting her team up early in the season and helping them overcome adversity, helped them lift her up late in the season. That was evident in the final few minutes of the championship game.