Ledlow supports others through Christian service

Ordained 40 years ago, as a deacon at Ebenezer Baptist Church in Brierfield, Charles Ledlow has exemplified what a deacon should be. 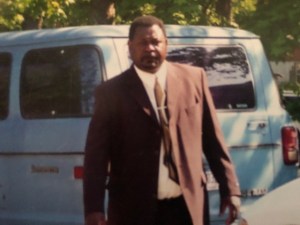 His life both within his church family and the community has always been about making a difference in the lives of others through Christian service.

Charles performs a number of duties, from leading devotions to assisting his wife with her church fundraising efforts to serving communion and especially visitations to the sick and elderly in the community.

Charles’ devotion to Ebenezer’s Visitation Ministry is derived from his duty as a Christian.

“I really enjoy the opportunity to check in on members of the congregation that are homebound. They are always glad to see me and grateful to know that someone cares,” he said.

Ledlow’s occupation as a heavy equipment operator has spanned over 40 years.

He is grateful for the economic stability it’s afforded him to provide for his family.

He counts it a blessing to have had a vocation that he has really enjoyed.

“I liked everything about the job,” he said of his time spent at the Montevallo and O’Neal (Alabaster) locations of Chemical Lime.

The third of nine children, Charles grew up in Brierfield.

Sadie, his wife of 46 years, lived “right down the road from him.”

They attended school together and by sixth grade “started liking each other,” Charles admitted.

As a young adult, Sadie spent three years in Michigan.

Despite not communicating with one another during the time, they held one another in their hearts.

“When she returned to Alabama we reunited and then got married on March 2, 1974,” he said.

Charles attributes his successful relationship with Sadie to “loving each other, having trust in one another and especially the ability and desire to work hard and work together.”

Though childless themselves, thanks to his eight and her eight siblings, Charles and Sadie have lots of nieces and nephews to share their lives with.