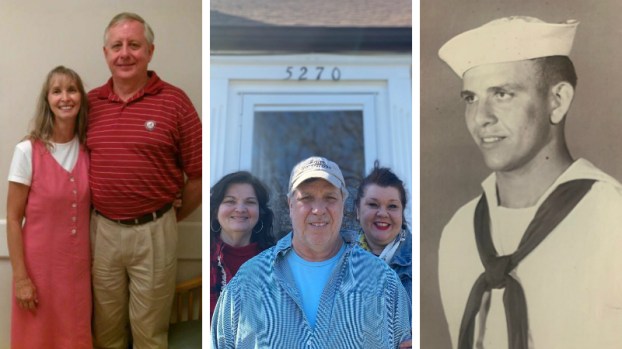 SHELBY – Charles Cook always felt that he was a little different from the rest of his family. His suspicions were confirmed when, at age 17, he discovered the man who helped raise him was not his biological father.

More than 40 years later, a DNA test connected Cook with two half-sisters and one half-brother across the country.

The journey to finding Cook’s relatives began with his daughter taking a DNA test.

“She called me up and said, ‘You’ve got relatives out there,’” Cook said.

Then, Cook’s wife Mary bought him a 23andMe DNA test kit for Christmas. Cook said he was not hesitant to learn about his family history.

“I went online and it popped up that I had a half-sister in Cleveland, and a half-brother,” Cook said. “It kind of sprang from there.”

Cook contacted the relatives and was clear that he did not want to cause problems but was simply interested in learning more about his family, including his biological father.

A response was slow to arrive because Cook’s half-siblings wanted to talk with their mother first.

Cook’s connection to the relatives in Ohio and Pennsylvania was a complete surprise.

“My biological father didn’t know about it either,” Cook said. “This was totally unknown.”

Cook’s biological father and mother have passed away.

The half-siblings are Margie and Tom, who live in Cleveland; and Patty, who lives in Pittsburgh.

Cook lives in the Waxahatchee Creek area at Lay Lake. He said among the first things the half-siblings noticed about each other during swapping photographs was that Cook was wearing an Alabama shirt while one of the half-siblings wore an Ohio State shirt.

“It’s quite amazing to me that there was almost an instant connection,” Cook said about talking with his half-siblings. “It’s like there’s something there that clicked.”

Patty’s son has plans to play college football, so the group has discussed maybe getting together for one of his football games. It would be Cook’s first time to meet his half-siblings.

In the meantime, the four communicate regularly through emails, texts and calls.

“I’ve always had questions,” Cook said. “I grew up with a sense that something wasn’t right.”

Cook’s mother never disclosed any information about his biological father, even after Cook discovered that it was not the man who helped raise him in his hometown near the Jefferson/Tuscaloosa county line.

Now Cook has a better understanding of his medical history and an explanation for some of his personality traits and skills, such as woodworking.

“Margie will talk about some of the things my biological father did, and it suddenly started making sense,” Cook said.

Cook said he is glad he made the decision to take the DNA test and connect with his relatives.

“It answered a lot of questions for me, and I think it’s good for anyone who is able to handle maybe a change in the way they’ve thought about their past.”