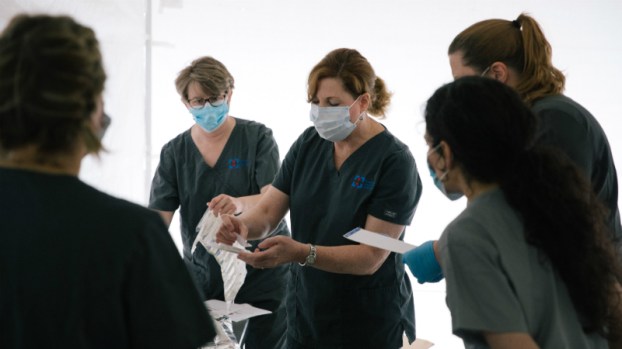 Despite higher numbers of confirmed cases over the last few weeks, hospitalizations and deaths haven't seen the same spike. (File)

While the last two weeks of COVID-19 have been the worst in Shelby County’s battle against COVID-19, as well as the state’s, it begs the question: What does that mean for hospitalization and death numbers?

Are they increasing? Are the staying the same? Or are they decreasing?

While most would expect the answer to be an increase, the correct answer would be about the same to a slight decrease in each.

During the last three weeks, the number of new hospitalizations have been as low as 84 and as high as 105, but the average remains below 100 at 94 per day.

That shows a trend in which there are more people testing positive for the virus, but less going to the hospital.

As far as deaths go, there have now been 905 confirmed deaths by the Alabama Department of Public Health across the state.

So despite seeing an increase in positive tests across the state, hospitalizations and deaths aren’t seeing any difference in increases and are seeing decreases in some cases.

With the 905 deaths thus far, that means 97.6 percent of those who have tested positive end up surviving the virus while 2.4 percent have died.

By ALEC ETHEREDGE | Managing Editor It was another record-high week in Shelby County’s battle with COVID-19, as 239 new... read more