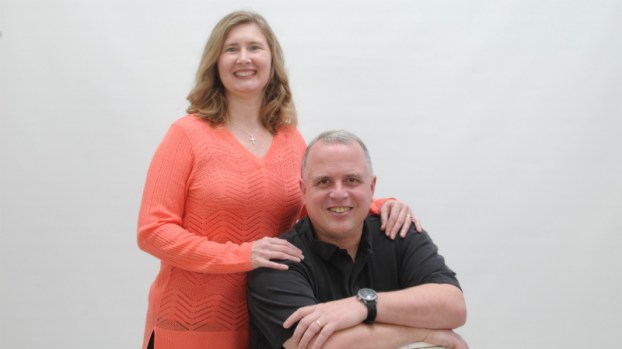 Mehlhoff and his wife, Catherine. (CONTRIBUTED)

“I am proud to have called Alabaster home for the past 18 years,” Mehlhoff said. “Along with my devoted wife, Catherine, we raised our two daughters here where they both graduated as valedictorians from Thompson High School.

Mehlhoff said he thinks his 25-year career as a civil servant in law enforcement gives him a unique skill set to resolve problems, form effective solutions and provide public safety and security.

“My career in law enforcement started in 1995, serving as a deputy sheriff for the Montgomery County Sheriff’s Office,” he said. “In 2002, I began my service to the city of Alabaster as both a police officer and transitioned to a building inspector. In 2004, I took employment with the city of Calera as a police officer, where I still serve today.

“As a police officer in Calera, I have taken on many roles within the department. These roles have included patrolman, evidence technician, field training officer, evidence custodian, public safety SCUBA diver, criminal investigator, and I currently supervise a patrol shift.”

“I look forward to the opportunity in continuing my role as a civil servant, and ask the residents of Ward 5 for their vote in this upcoming municipal election,” Mehlhoff said.

Montevallo marches for justice and equality

By NATHAN HOWELL | Special to the Reporter MONTEVALLO – With the current national conversation of racial justice and equality... read more