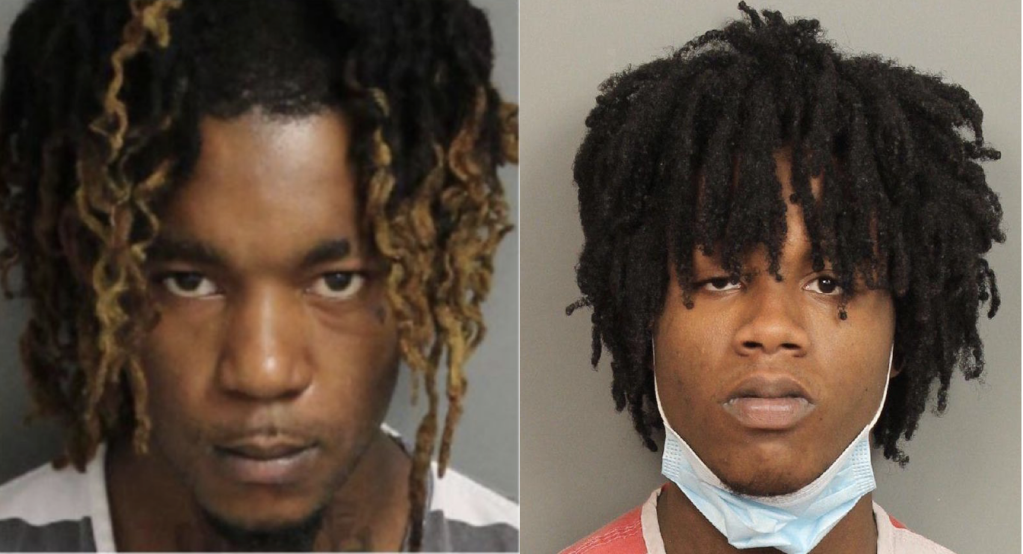 King Gary Williams, left, and Demetrius Dewayne Jackson have both been arrested and charged with capital murder in addition to three counts of assault in the second degree after a shooting at the Riverchase Galleria on July 3 left one 8-year-old boy dead and three others injured. (Contributed)

HOOVER – The Hoover Police Department announced on Tuesday, July 7, during a press conference that two more suspects have been arrested and charged in the shooting death of an 8-year-old boy at the Riverchase Galleria on Friday, July 3.

King Gary Williams and Demetrius Dewayne Jackson, both 19 years old from Birmingham, have been arrested and charged with capital murder and three counts of second degree assault. There is no bond for either and both have been transferred to the Jefferson County jail.

This marks the latest arrest in the shooting that saw 8-year-old Royta Giles Jr. die in the crossfire as well as three others injured. Montez Moses Miracle Coleman was the first arrested and charged with capital murder and three counts of second degree assault.

According to Hoover Police Chief Nick Derzis, evidence revealed that Coleman got into a verbal argument with a group of males on the first floor of the mall near the food court. During the argument, Coleman armed himself with a 5.56 caliber pistol that was concealed in his backpack and fired his weapon at the group.

Williams and Jackson, both armed with handguns, immediately returned fire before dispersing.

“Nobody in the argument was injured, and all four victims in this case were innocent bystanders caught in the crossfire,” Derzis said. “While the investigation is not complete, the first step to holding those responsible for this horrible act have been taken.”

Derzis said nothing can bring Giles back, but hopefully his family can find peace in knowing the people that took their baby away will be held accountable in a court room.

Hoover Mayor Frank Brocato thanked the Hoover Police Department for their hard and speedy work to help hold those responsible accountable for their deadly actions.

Derzis said HPD is not looking for any other suspects and that they have talked to everybody that they need to. He said he wasn’t sure whether more charges would come or not at this point.