Kiel ready for leap from AD to principal 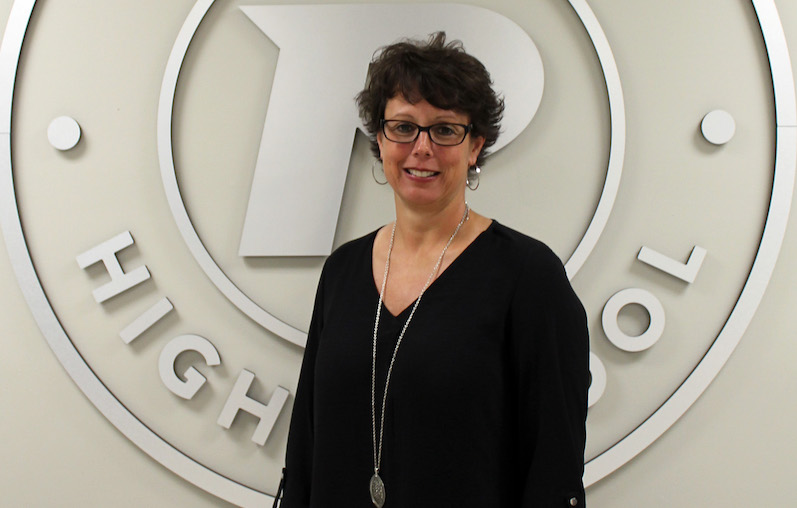 Regular summers within schools are either remarkably mundane or incredibly unusual. Following every other aspect of 2020 from Friday, March 13 on, Pelham High School’s summer has proven to be unique.

As crazy as spring was, the fact that students managed to take the ACT only three days before school’s abrupt dismissal and seniors enjoyed a graduation ceremony in May seemed nearly miraculous. Just as the faculty, admins and staff were breathing a sigh of relief, an all-school email notified us that our PHS principal had taken a position with another system.

PHS Athletic Director Kim Kiel, named initially as interim principal, was official named as the new Pelham High School principal at the June 29 Pelham City Schools’ Board of Education meeting. While delight was the dominant emotion following the announcement, most seemed a bit stunned to see Kiel take on the new role—perhaps because she is such an excellent athletic director who enjoys her duties.

“I really hadn’t seen myself applying for principal, but Dr. (Scott) Coefield suggested that I apply,” Kiel said. “I think I’ve helped kids as Athletic Director. As principal, I will be able to help even more students.”

Arriving at PHS as a coach and teacher in 1999, Kiel has served in many capacities in her 23 years at the school. Leaving her coaching duties behind in order to tackle the multifaceted role of athletic director, Kiel seems to be constantly present at almost every athletic event sharing news and scores over social media daily.

“I want to keep growing,” Kiel said. “To keep growing, I know that I will have to get out of my comfort zone—and I am definitely stretching to work through this pandemic and all of its complications as a new principal.”

As athletic director, Kiel knows curriculum quite well from familiarizing herself with courses that athletes can take not only to maintain eligibility, but also to reach for their dreams.

An advocate who holds students to high standards while empowering them with all the tools necessary for success, PHS Principal Kim Kiel expands her reach.