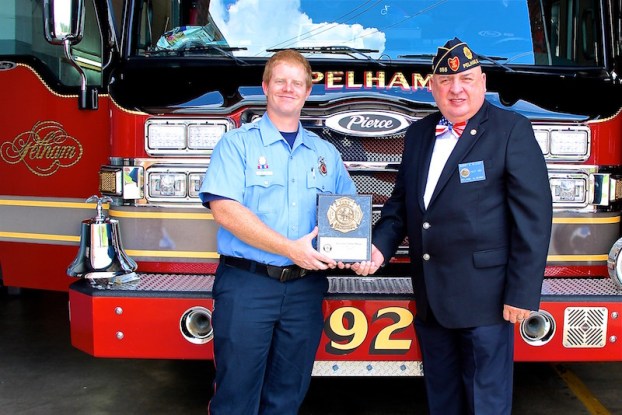 By CONNOR MARTIN-LIVELY | Special to the Reporter

Moore was recommended for the awards after his actions during an operation in Lake Mitchell in Chilton County. Pelham Fire Department was called to assist with the recovery of the bodies of two law enforcement officers who were killed in a helicopter crash during the weekend of November 17, 2018.

During the operation, fireman Stephen Kiel became entangled in wreckage nearly 50 feet underwater as he returned to the surface of the lake. He was unable to move up or down, and stated that he needed assistance.

Moore dove into the water and untangled the trapped fireman. During the process of freeing him, however, Kiel was separated from his attachment rope, causing him to rapidly ascend to the surface and lose contact with the crash victim.

Moore remained underwater to recover the body of the victim. On the way to the surface, Moore himself became entangled with the wreckage, but quickly freed himself and returned to the surface.

“All of this was accomplished in 50 feet of water with zero visibility in the harshest conditions imaginable, placing the safety of his fellow firefighter ahead of himself,” said Fire Chief Tim Honeycutt.

Honeycutt made sure that Moore was commended for his bravery and selflessness to put another’s life for himself.