COLUMBIANA — On Thursday evening, July 9, narcotics investigators with the Shelby County Drug Enforcement Task Force executed a search warrant in the Inverness Landing Apartment complex on Valleydale Road, in North Shelby County, across the street from Inverness Elementary School. The search warrant followed the interception of a shipment of marijuana-laced edibles and high concentrates of marijuana vape cartridges, valued at approximately $16,359. During the search warrant, additional narcotics were discovered to include illegal prescription pills and marijuana.

“This case began with our Sheriff’s Office Patrol Deputies,” said Capt. Clay Hammac, commander, Shelby County Drug Enforcement Task Force. “Thanks to a collaborative effort from local residents and deputies, we were able to remove hundreds of highly concentrated marijuana vape cartridges and candies from the community, most of which were intended to be sold to school age students. We intend to send a very clear message of zero tolerance to drug dealers that our students, our families, and our communities are our highest priority.” 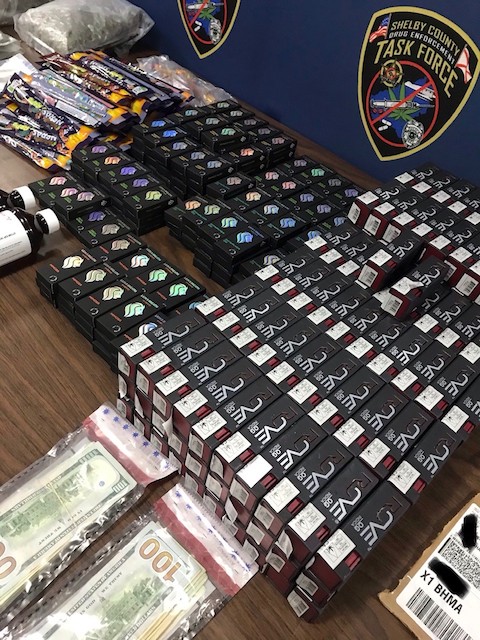 A closer look at many of the vape cartridges. 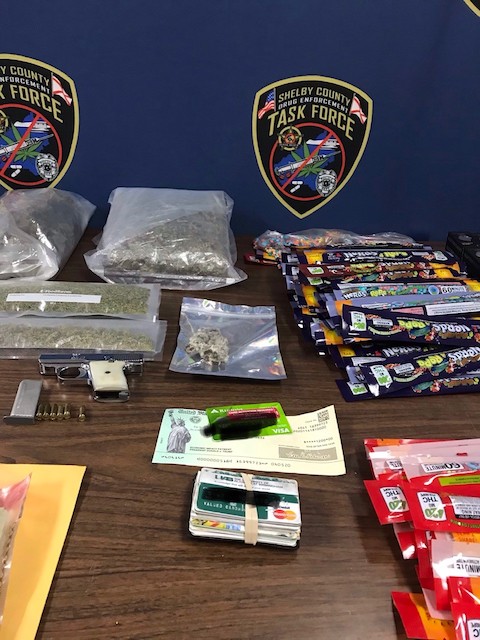 Marijuana, edibles and other items seized by authorities.