John Robert Ellison of Montevallo entered his heavenly home on Tuesday, June 30, at the age of 64.

John grew up in Alabaster and was a 1974 graduate of Thompson High School. In 1977 he graduated from The University of Alabama Law Enforcement Academy in Tuscaloosa. He spent the next 13 years with the Pelham Police Department working his way from a rookie officer to Patrol Sergeant and eventually Patrol Lieutenant. John was an early adopter of technology and was Pelham’s first Network Administrator.

In 1986 he was named the Pelham Chamber of Commerce Policeman of the Year for his outstanding contributions for the benefit of the Pelham area. In 1990 John left his police career behind to be named the Executive Director of the newly created Shelby County 911 Communications District. He developed an unmatched passion for 911 services and served in this position for 21 years. 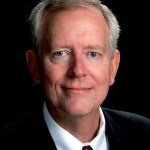 During this time John’s contributions to the 911 industry were recognized not only in Shelby County, but also on the state and national levels. He was elected as President of the Alabama National Emergency Number Association (NENA) and served in that role from 1992 through 1994. John was then elected to serve on the National NENA Board and served as their President from June 1996 to June 1997. In 2006 he was honored by receiving the Presidential Award from the Association of Public Safety Communications Officials (APCO) for his contribution to the development of their first training course for fire service communications.

John receive numerous awards during his 911 career, his most cherished one was in 2013 when he was selected to receive the William E. Stanton Award. This is a lifetime achievement award bestowed upon an individual who has not only excelled in his or her everyday job, but has gone above and beyond to further the goals of the National Emergency Number Association.

In 2011 John retired from Shelby County to focus on his business in 911 consulting. He was diagnosed with multiple myeloma the same year. He continued to stay involved in 911 through his nine years of cancer treatments, always willing to help others to advance 911 communications.

John was preceded in death by his parents, Robert and Nancy Ellison.

He is survived by his wife of 42 years, Jane Czeskleba Ellison, and her brothers, Walter and Ed (Kay) Czeskleba all of Montevallo; nephews, Keith and Mark (Stephanie) Czeskleba; nieces, Mary Jane (Jared) Clark and Barbara (Nick) Holcombe and his beloved great niece, Mattie Clark. John also leaves behind his sister, Lynn Ellison of Cleveland, Ohio.

John’s funeral service was held at Montevallo First Baptist Church on Friday, July 3 at 11 a.m. and was officiated by his pastor, Dr. Terry Sutton.

The family would like to thank their church family for their assistance with his funeral during the COVID 19 pandemic. It was John’s request to have his funeral in the church sanctuary where he and Jane were married and he was later baptized. John never lost his faith and knew that one day he would be healed, either here on earth or in Heaven. God needed him more.

Following the funeral service John was laid to rest at Harless Cemetery in Montevallo.