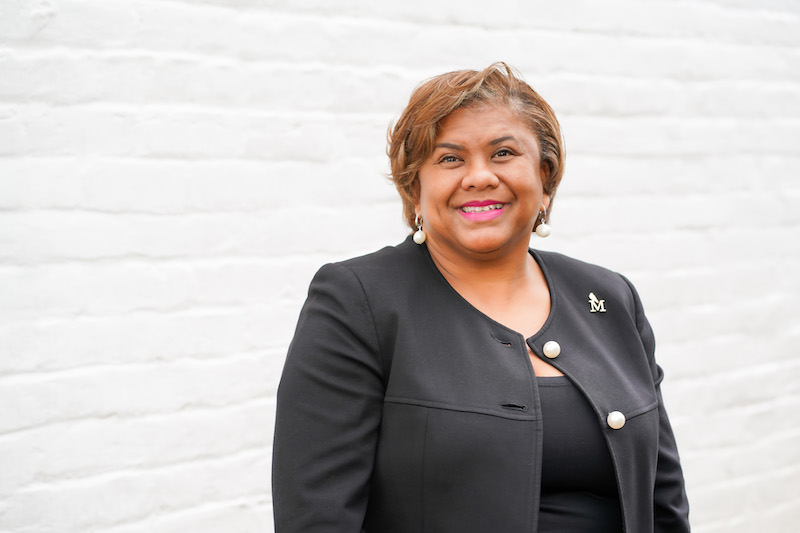 MONTEVALLO — Cynthia Todd was elected as the first African American president of the University of Montevallo National Alumni Association, and she is focusing her efforts on engaging the University’s alumni and supporting its students.

Todd, a Hoover resident and member of the Class of 1988, was installed as the UMNAA president during the association’s awards luncheon and annual business meeting in February.

“I am excited to serve as president of the UMNAA board. It is such an honor and privilege to serve our great alma mater,” Todd said. “We should be proud Montevallo alumni and let everyone know where we received our outstanding education.”

As UMNAA president, Todd has been working to provide more networking opportunities between UM alumni and students, bolster alumni engagement with the University and increase the association’s presence on social media and in the community.

She has served in several roles with the UMNAA since 2006, and served as the president of the UM Minority Alumni Club from 2015-2017.

Todd has had a lengthy and distinguished career in corporate America. She currently serves as the operations manager of Blue Cross and Blue Shield of Alabama, and she has worked with the company for nearly 12 years. She previously worked as a manager at Protective Life in Birmingham for more than 20 years.

“Clearly, the Bachelor of Business Administration degree I earned from the University of Montevallo prepared me for a successful career in management,” Todd said. “Because of the exceptional education I received at Montevallo, I am a proven business management professional with more than 30 years of experience and a track record of consistent promotions and increasing responsibilities.”

During her time as a student at UM, Todd served as president of the Alpha Kappa Psi professional business fraternity, was an active member of the Inspirational Voices of Christ, the African American Society and Omicron Delta Kappa National Honor Society. She received several honors, including Senior Elite, Who’s Who Among Students in American Universities and Colleges, Golson Scholars Seminar, The Wall Street Journal Annual Achievement Award, the John A. House Award and The United States Achievement Academy National Collegiate Award.

The following individuals are serving alongside Todd on the UMNAA Board of Directors: