Man bikes through Columbiana on ride from Atlanta to Selma 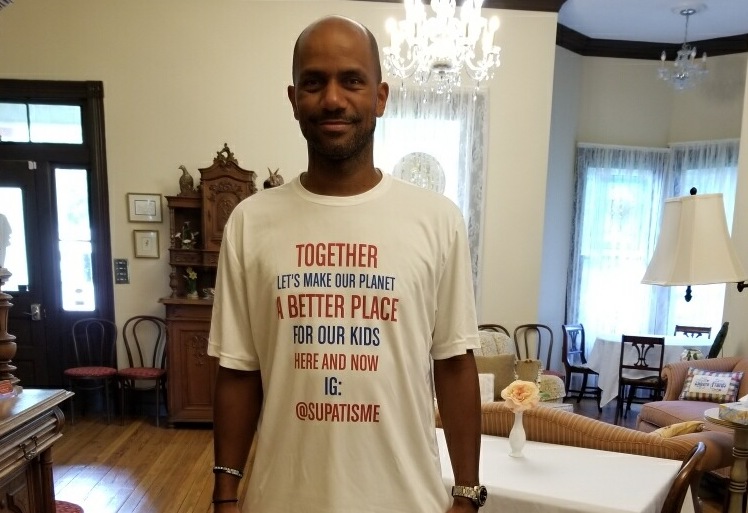 Emmanuel Benson stopped in Columbiana while on a bike ride from Atlanta to Selma to demonstrate the need for racial unity. (Contributed)

Emmanuel Benson is a man who saw the need for unity in a critical time of change and is doing something in his own way to attempt to bring that unity about.

Benson, from Peachtree Corners, Georgia, was bothered by how the issue of racism was rising in a destructive way in not only his community, but on a national level after the death of George Floyd, and began to ask himself how he could make a difference.

His activism came about in the form of bike ride from his home in Peachtree Corners, just outside of Atlanta, to historic Selma. Along the way, he managed to make a stop in Columbiana for the night at the Columbiana Inn.

When Benson settled on making the long ride, he began thinking about how he could incorporate a fundraiser into his efforts and what kind of organization. He wanted to choose an organization that brought all people together.

Benson himself is biracial. He grew up on the Ivory Coast of Africa with a Black African father and a White Italian mother, so he felt the dissonance in our country more deeply than some.

“Of course the recent protests created a lot of passion that also brought a lot of collateral damage. I see far more trenches being dug than bridges being built. We’ve forgotten empathy and how to take time to listen to how those who oppose us came to their own conclusions. I find that when we listen to each other’s lifelong experiences, we can better understand each other,” he told us.

As he continued to consider a beneficiary, he learned that organizations like the American Cancer Society and Relay for Life had been deeply affected financially by the COVID-19 shut down. Races and other important fundraisers had to be canceled for the year or reorganized virtually which affected their goals.

This also struck a chord with Benson because he’d recently lost his own uncle to prostate cancer. He began to realize, that cancer was the monster that didn’t care about skin color. Every race had to deal with it, and this gave him his unifying goal. “Cancer affects all of us. This was the one thing we can all fight together, no matter what color we are because it unfairly attacks us all.”

So with that, he set up his goal of raising fifty thousand dollars for the American Cancer Society, and he plotted a course that started from his front door and took him down the famous Silver Comet Trail that begins in Marietta, Georgia and onto many small towns throughout Alabama including Columbiana on his way to the Edmund Pettus Bridge in Selma.
After leaving Columbiana he made his destination the next day and finally took a rest day to visit local historical sites before heading back home this time via Montgomery.