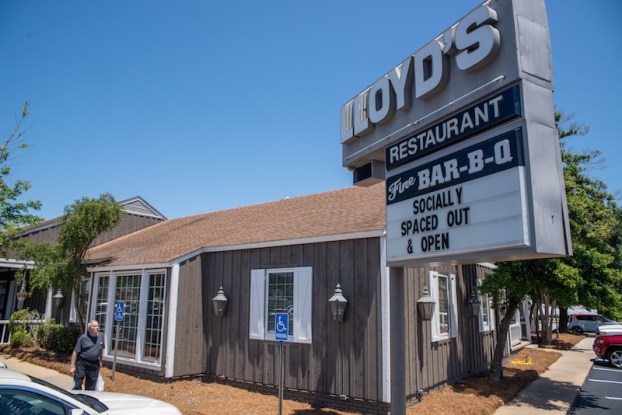 Shelby County’s unemployment rate has dropped from a high of 9.2 percent in April down to 5.4 percent at the end of June, which is tied for the second-lowest mark in the state. (Reporter photo/Keith McCoy)

The unemployment rate for Alabama and Shelby County continues to improve after reaching record highs throughout the first two months of the battle against COVID-19.

Now past the four-month mark since the virus started in the state, Alabama’s unemployment rate dropped from 9.6 percent in May down to 7.5 percent in June.

That’s still well above June 2019’s rate of 2.9 percent, but is drastically lower than the 12.9 percent unemployment rate back in April.

“We continue to make gains in our unemployment rate but remain above the record low rates we were experiencing prior to this pandemic,” said Washington. “People are returning to work as the economy further reopens, but we are beginning to see slight rises in the number of initial unemployment claims filed each week.”

As for Shelby County’s unemployment rate, it still remains one of the lowest in the state. Now at 5.4 percent, the county is tied with Marshall and Cullman counties for the second lowest rate, while Clay County has the lowest unemployment rate at 4.6 percent. 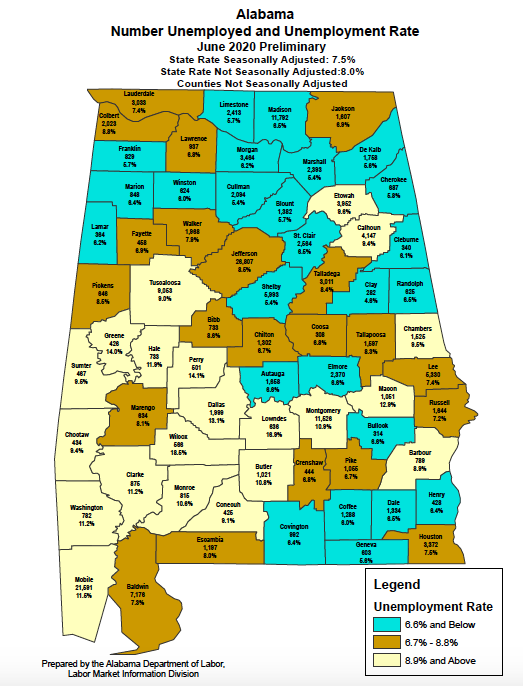 The county is down from more than 1 percent from May’s 6.5 percent, while the rate is drastically lower than the 9.2 percent it was at its peak back in April.

Before the virus started, Shelby County had the state’s lowest unemployment rate at 2.5 percent in March, but that quickly went up during the COVID-19 outbreak. The county, however, never did hit double digits despite most of the state doing so.

Last year at this time, the unemployment rate was at 2.4 percent, but the county seems to be headed in the right direction with an overall decrease during the last two months.

The highest number of claims came in late March and throughout the month of April. During the week ending on April 28, there were 80,982 initial claims, which was up from 10,982 the week before and 1,824 the week before that.