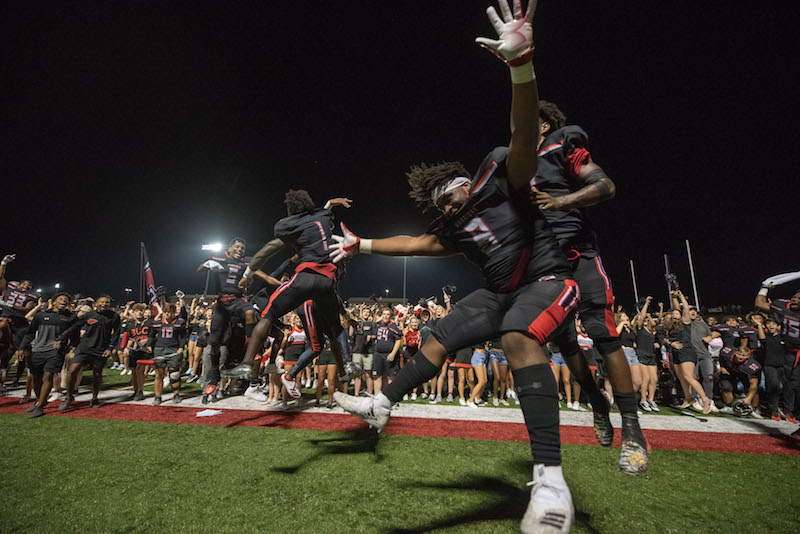 The AHSAA has confirmed that fall sports will return on time this season with practice starting July 27 and competition starting Aug. 20. (File)

Fall sports won’t just start on time, but practice will start a week earlier than usual after the Alabama High School Athletic Association approved its return-to-play ‘Best practices’ during a Central Board of Control meeting on Wednesday, July 22, confirming that the 2020 season would start on time.

Football teams have the option to begin fall practice on Monday, July 27, while other fall sports such as volleyball, cross country and swimming and diving can use that first week for acclimation and tryouts or choose to begin practice on Aug. 3.

“The purpose of the Return to Play document is to offer AHSAA member schools best practices in order to commence the 2020-21 school year athletic seasons as scheduled and as safely as possible,” AHSAA Executive Director Steve Savarese said in a release following the Central Board Meeting.

The full return-to-play plan will be released tomorrow morning, July 23.

The AHSAA will release more on logistics on Thursday, July 23, when they release the “Best practices” plan, which should clarify a lot of questions with what fall sports will look like from a safety standpoint. That press conference will stream at 1 p.m. on the NFHS Network or at WOTM.tv.

Mackey: ‘Fall sports will be played’