Walker embodies a lifetime of service 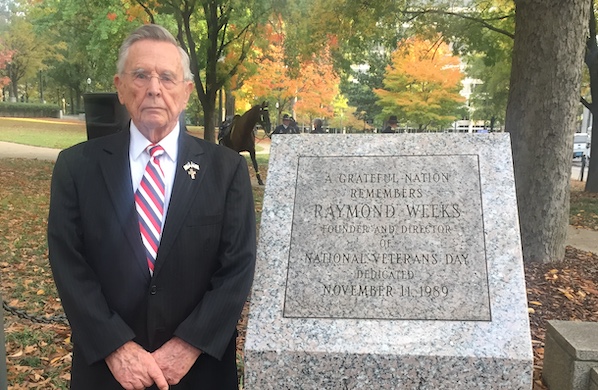 John R. Walker remains tied to his military experience through his involvement in a number of organizations. (Contributed)

Birmingham native John R. Walker joined the Air Force At age 19, at 14 he became a charter member of the Civil Air Patrol as a cadet, at 16 he landed his first job at Alabama Dry Dock where he experienced the opportunity to learn about ship building.

He spent his summer being part of an operation that included the making doors and port holes. He joined the Navy Reserve during high school. For two years he learned about Navy life. He enlisted in the United States Air Force at 19 years old and discharged in 1952 at the age of 23.

Classified as a mechanic, he was stationed at an Air Force base that was being reactivated. Walker’s unit of about 50 airmen was responsible for keeping the base open so civilian crews could complete construction to reopen the Base. After his discharge from the Air Force, Walker enrolled at University of Alabama Tuscaloosa where he majored in mechanical engineering.

He enjoyed a prosperous career at U.S. Pipe and Foundry that spanned three decades and afforded him the privilege of traveling throughout the world. Widowed in 2017, Walker was married to his wife, Ann for an amazing 61 years. Their union produced two beautiful daughters. They have five grandchildren and one great grandchild. Walker describes marriage as being “the best thing in the world…two people together, sharing the same interests.”

Although now advanced in age, Walker has remained tied to his military experience through involvement in a number of military organizations. He is a charter member of the Blue Star Salute of Alabama, member of the Support Committee for the Alabama National Cemetery, American Legion and Sons of the American Revolution (in which he served as past president). Walker’s father served in the United States Army in France during World War 1.

“Involvement gives me a way to interact with the families, I want to assist that family as much as I can. Much of what the organizations do connect me directly with service members and families,” Walker said.

John is a volunteer with the Shelby County Historical Society and has worked with the production team to create numerous history book creations. John has been a member of First Baptist Church of Birmingham for the past 15 years and mentored students who attended there. John has been a member of RSVP since 2009 and is a recipient of the Gold and Lifetime Presidential Volunteer Service Award, and the RSVP Spirit Award.