Morris is running unopposed for Place 5 on the council.

Morris, 33, was elected to the council in 2016 and, in November, will complete his first full term, during which he said he has had the opportunity to serve in several capacities in addition to his role as a council member. 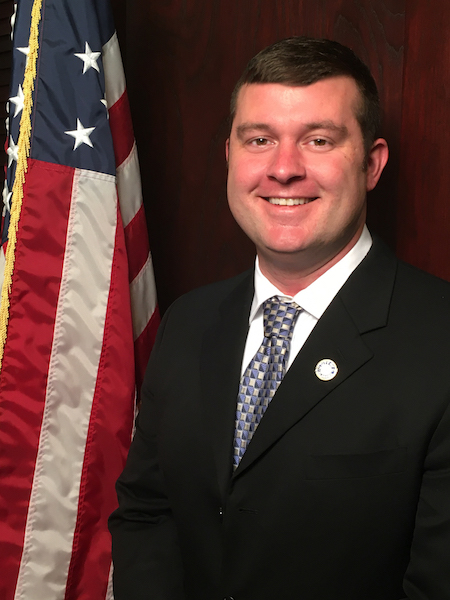 Chelsea City Councilman Casey Morris will run for another term in Place 5. (Contributed)

“I served on two personnel committees, one tasked with hiring a new city clerk and the second tasked with both creating and filling the position of Parks and Rec director,” Morris said. “I serve as the local coordinator for the Alabama Communities of Excellence program, and I am proud that my hometown of Chelsea will receive its designation as an ‘ACE City’ in May 2021.”

Morris also assists with the planning and organization of the city’s annual Independence Day event, Chelsea Fest and The Big Kaboom.

He is a member of the Chelsea Kiwanis Club and serves on the board of directors for The Shelby County Chamber and Chelsea Parks and Recreation.

“If elected to serve, I will continue my focus on the final portion of our Alabama Communities of Excellence designation,” Morris said. “This designation will allow for the strategic plan of the city of Chelsea to more easily progress with an eye toward developing a safe, well-crafted community, a community with a strong economy, first-class schools, parks, fire department and law enforcement presence. This can and will all take place while protecting the quality of life and the beautiful resources God has given us here in Chelsea, Alabama.”

Morris works as an IT operations coordinator for McLeod Software, a leader in the transportation management industry.

He attended Chelsea schools from kindergarten through 12th grade.

Morris and his wife have two children.

“My travels have taken me around the world from Africa to Europe, but as many have heard me say, ‘I was born in Chelsea and I will die in Chelsea,’” he said.