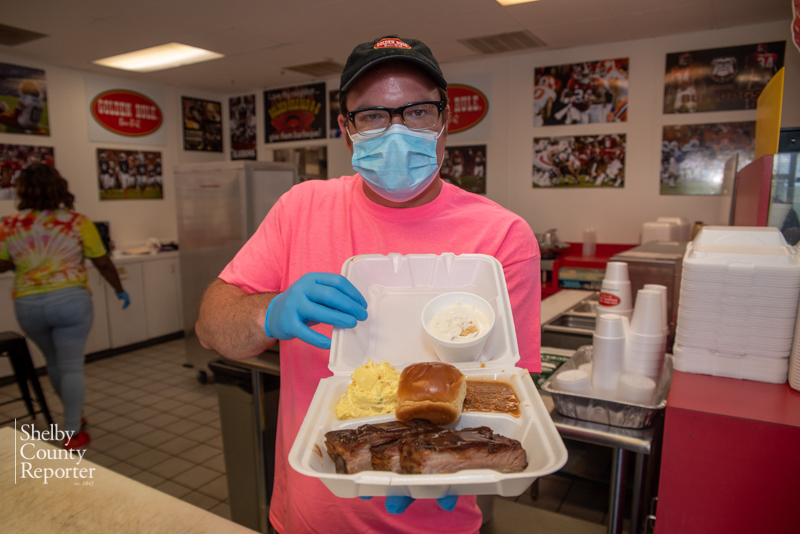 ALABASTER – After temporarily closing its doors due to financial impact caused by the COVID-19 pandemic, Golden Rule BBQ reopened its doors for customers in Alabaster on Monday, July 27.

Owner Paul Curcio explained the restaurant had only been open for about five months when he had to make the decision to temporarily shut the doors because of slowed traffic to the barbecue joint. But the community has been very supportive, which allowed him to get back to this point.

“This has been exciting for me and my customer base, my employees and my landlords,” Curcio said. “Everybody is excited about reopening and we are all looking forward to it.”

To adapt to the new environment Curcio has changed the restaurant’s menu to focus mostly on their barbecue dishes, and move away from other specialties that are a big overhead cost.

“One thing I have done is change the menu. We were doing a big emphasis on the homestyle cooking, however, as we opened back up and evaluated the menu and the expense of doing that we decided to just do a full barbecue menu,” Curcio explained.

The restaurant serves barbecue pork, chicken, wings and ribs in different sizes. They also have added some newer items to their menu such as hamburger steak, country fried steak, chicken fingers, hamburgers and cheese burgers.

Curcio said they were also offering “tailgater packages” which feed families of four to six people.

To adapt to the new environment Curcio said the restaurant was working with Doordash and KATs Delivery so that customers could have their food delivered to them.

Golden Rule is located 151 Industrial Road in Alabaster and is open Monday through Friday for lunch from 10:30 a.m.-2 p.m. and for dinner from 4-7 p.m.