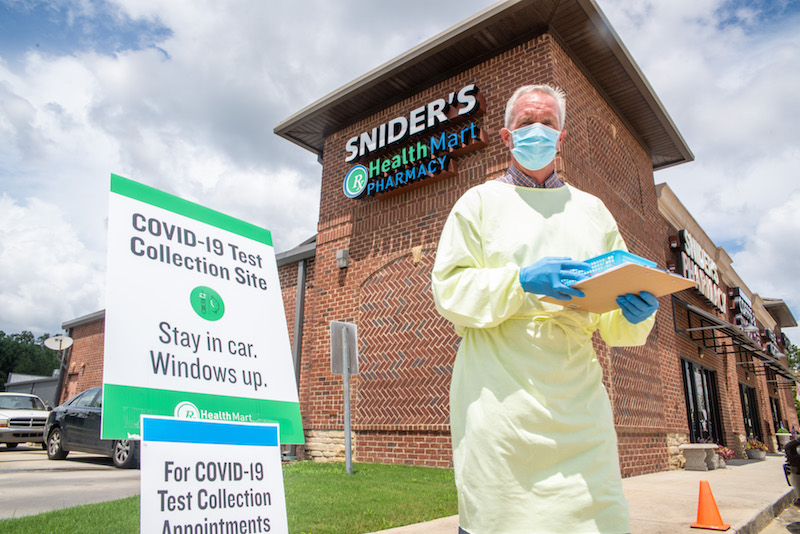 Over the last two weeks, the county has seen a slight downward trend in new daily cases, but there have still been an additional 1,869 cases in that span. (Reporter photo/Keith McCoy)

With 1,869 new confirmed COVID-19 cases in the last two weeks according to the Alabama Department of Public Health, the number of new cases continues to be on a steep rise, but the number of daily positive cases has hit a recent downward trend.

In previous weeks, there have been 80-plus positive cases per day on a consistent basis in Shelby County. But during the last two weeks, dating back to 91 cases on July 15, the number of new confirmed cases has decreased from the previous day eight times.

There have been three days with 80-plus cases and two others with 70-plus cases, but there has been less than 70 new cases nine of the last 14 days. 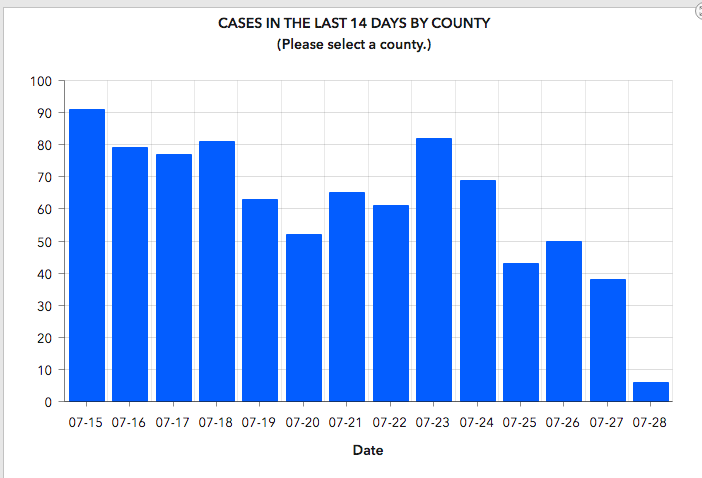 That’s still a far cry from the seeing weekly totals at those numbers or lower during the first three months of the county’s battle against the virus, but it marks an improvement from previous weeks.

A big reason for the decrease has come in the last week with all of the days with less than 70 cases coming between Sunday, July 19, and Tuesday, July 28. Over the last three days, there have been 43, 50 and 38 new cases, respectively.

Currently, the county’s COVID-19 case count sits at 2,726 as of Tuesday, July 28, which marks an increase of 857 the last two weeks for an average of 428.5 cases per week. That marks the third week in a row the number of new cases has sat near the 430 mark.

So far, there have been 29,703 tests administered in Shelby County, 7,617 of which have been in the last week. 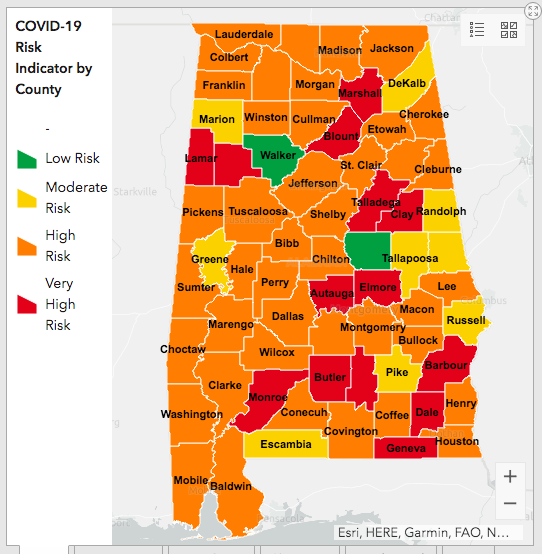 The county has also been downgraded from “very high risk” to “high risk” on the ADPH’s risk category dashboard, while also having one of the lowest confirmed rates per 100,000 residents.

The county’s death total according to the ADPH is at 29 with one probable death, while the Shelby County Coroner confirmed 32 deaths two weeks ago. 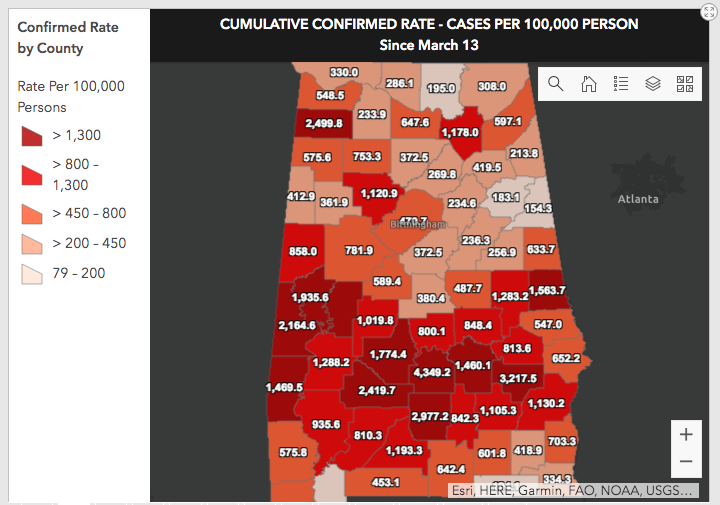 There have been 1,446 confirmed deaths across the state, making the virus’ survival rate 98.2 percent.

Since the outbreak began, there have been 9,694 hospitalizations with 1,094 placed in the intensive care unit and 584 on ventilators.

There have also been 5,126 healthcare workers contract the virus, while 3,642 long-term care residents and 2,106 long-term care employees have had a confirmed case.