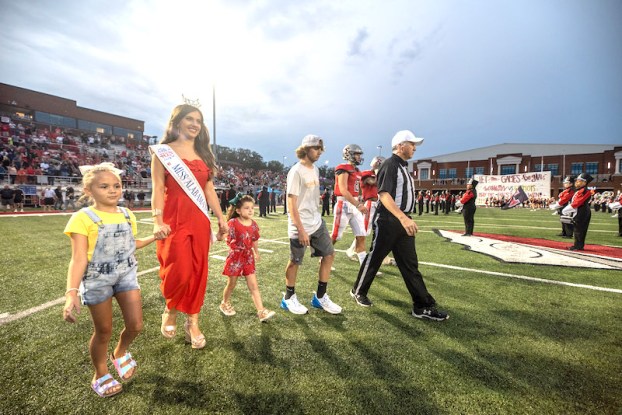 ALABASTER – For the second consecutive year, the Thompson Warriors will open the 2020 football season fighting for both a win on the field and a good cause off the field.

“Thompson athletics is excited to partner with local area charities to raise awareness and money for childhood cancer causes,” read a press release from Athletic Director Vincent Pitts. “In years past we have worked hard to partner with, raise funds for and promote childhood cancer awareness through The Elaine Roberts Foundation. In an effort to grow our support, we have expanded our charity partnership to include Children’s Hospital of Alabama.”

Through sponsorship and fundraising efforts, THS is pledging 70 percent of all sponsorship dollars raised to help support the event’s charities.

Last year, as part of the inaugural Go Gold Bowl, the Warrior Foundation donated more than $8,000 to charities.

“We are honored and excited to continue our partnership with Children’s Hospital of Alabama and The Elaine Roberts Foundation,” read the release. “With everyone’s help, we can continue making a difference and help these great charities. Furthermore, we greatly appreciate the continued support of our event sponsor, Full Moon BBQ.”

The event will also feature two of the best teams going into the season, with both having a chance to start the season at No. 1 in their respective classification, while also entering the season as state championship favorites.

Kickoff is slated for 7 p.m. at Warrior Stadium and will see the Yellow Jackets coming off a 14-1 season last year with plenty of returning talent, while the Warriors are coming off a 12-1 season with the majority of its starting lineup back.

“We are again very excited for the second annual Go Gold Bowl,” Pitts said. “We have a great opportunity to help people again. I appreciate coach (Mark) Freeman’s continued willingness and eagerness to grow this great event, and I especially appreciate his help scheduling the Oxford Yellow Jackets. We are very excited to have the opportunity to bring great high school football to Alabaster and help raise money for a great cause also. I appreciate both head coaches working with us and we look forward to great football on Saturday, Aug. 22.”