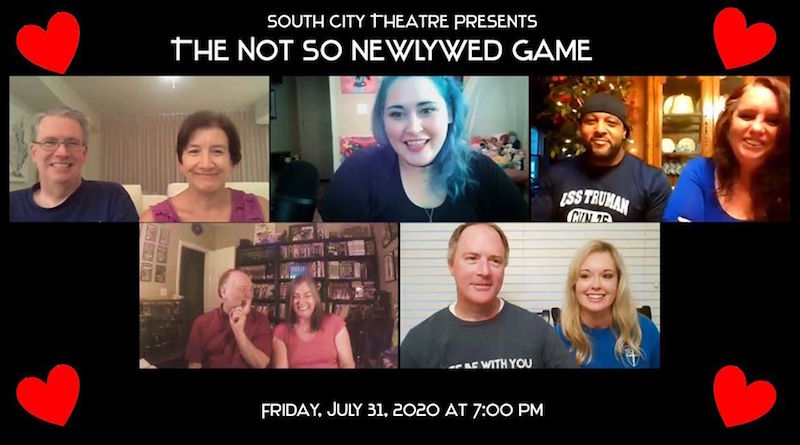 PELHAM – Despite not being able to put on live productions, the South City Theatre is continuing to engage the community by hosting an interactive Virtual Game Show every Friday night on their Facebook page.

According to Vice President of the Board and Incoming Artistic Director Donna Williamson, the group wants to stay in the community’s mind by doing fun things in which everyone can participate.

“So far we have done six weeks of these game shows,” Williamson explained. “Lisa Ponder and I were talking about how we loved game shows and discussed how fun it would be to do something like that over a Zoom call. We are trying to incorporate as many non-theatre people as possible, and we think that will broaden our viewer base.”

The games are based on classic game shows like Match Game and Password, and involve their own members as well as friends, family and anyone from the public who wants to participate.

There is a live watch party for the shows, which start every Friday at 7 p.m., and audience members in the live chat can throw out clues as if they were in a live studio audience.

The theatre plans to continue doing the game show every Friday for the foreseeable future, while trying to experiment with new games and sticking to old favorites.

Williamson said they are looking for people with editing capabilities who would be willing to volunteer to help with the production. They are also inviting members of the public to participate in the games as well. All you have to do is send a private message on the theatre’s Facebook page.

For more information or to check out the Virtual Game Show visit Facebook.com/SouthCityTheatre