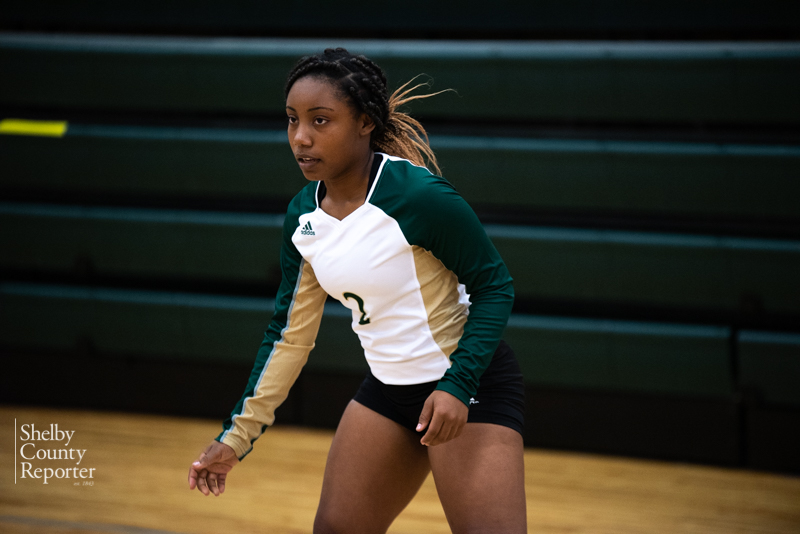 Ariana Smith, above, will be one of two seniors on Pelham's roster this year, and is leading the Panthers heading into the season. (File)

PELHAM – Perry Robinson is replacing the most seniors he’s had to since his 2017 Pelham Panthers took the state championship.

His eight seniors last year were one of the winningest groups in school history with three consecutive trips to the Elite Eight to their credit. But now, the team must reload, and this time, in the midst of the COVID-19 pandemic.

Replacing those eight seniors—the same number from the last two seasons combined—won’t be easy, but with two rising seniors and 12 rising juniors in the program, Robinson knows the potential is there to keep Pelham in the upper tier of Class 6A.

This oncoming group of juniors could have the same type of talent within their ranks.

“This junior group got experience all last year on the court at the varsity level,” Robinson said. “So they’ve kind of come into their own and it’s going to be fun to see what they can do with themselves this year. That whole group pushed each other and they’re obviously dedicated with so many of them still sticking it out.”

Losing eight of 14 varsity roster spots was already going to be a difficult task on its own, but developing new team chemistry in a socially-distanced offseason was a particularly slippery stepping stone.

“Our procedure on day one was not the procedure we used on day three, because we found holes in it,” Robinson said. “I thought we had a good plan, but we came in and realized ‘Oh, we can’t do this or that. So the first couple of days were crazy getting everybody used to the masks, the distancing and check-in procedures.”

The veteran coach remains optimistic, yet reserved as he monitors the progress of his players, who are returning to full-tilt preparation for a season that is scheduled to start in just a few weeks.

“It’s too early to tell, but from what I’ve seen they’ve done really well,” Robinson said. “It was hard not seeing them, that was the worst part, but they looked good, they were excited and looked like they had taken care of themselves. Only time will tell.”

Robinson retained his entire varsity coaching staff going into this year, and it was a big help as he looked to maintain a sense of normalcy in an offseason that seemed to give all of us anything but.

“Our whole plan was to make it as normal as we could for our timing in the summer and we just arrived to keep it as close to what we’re used to even with all the changes and procedures,” Robinson said. “We’re very fortunate that our entire high school staff has returned and very thankful for that.”

In the midst of all the change, Robinson can still tell that leadership is blooming on his team in the lead up to fall camp and it starts with the upperclassmen.

“Ariana Smith is the senior that’s been in the program the most and right now she’s carrying the banner,” Robinson said. “She handles most of our leadership duties as far as getting everybody ready.”

The return of Elizabeth Hayhurst, who had 229 kills last year and has 391 total through her first two years at Pelham, as well as Shay Walsh, who had 451 assists last season, Tammy Melendez and Jaden Jones will all be key for Pelham’s success.

After 230 wins and nearly a decade at Pelham, Robinson has seen some of the best come and go.

Pelham hadn’t reached the Elite Eight in the four years prior to his arrival in 2012, but in a few months they could be looking at a fourth straight trip to that exact destination.