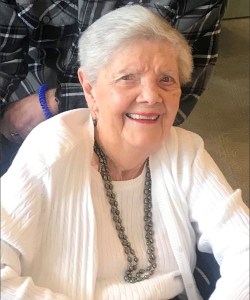 Inez was born on April 30, 1924 in Charleston, West Virginia and was a long-time resident of Pittsburgh, Pennsylvania before moving to Oak Ridge, Tennessee, and then to Helena; where she and husband, Bill, lived for over thirty years. They were active members of Helena United Methodist Church.

Inez dedicated her life to caring for her family, including a husband and three children, and helping others. In her later years, she was lovingly known as Grammie to her two granddaughters and Great-Grammie to her four great-grandchildren. She made deep and lasting friendships wherever she lived or traveled and had a special love for her pets and all animals.

Inez (Grammie) will be remembered for her faith, kindness, humility, witty sense of humor, and a great smile. Her example is one that will live on in the lives of those she touched. She will be deeply missed.

Inez was preceded in death by her parents, Harry Brauneck and Minerva Brauneck; her loving husband, William (Bill) Fulwider, Jr.; and her brother, Art Brauneck.

A graveside service will be held for Inez at a later date at Southern Heritage Cemetery in Pelham.

In lieu of flowers, donations may be made in her honor to your favorite charity.

Arrangements made under the direction of Carmichael-Hemperley Funeral Home & Crematory in Peachtree City, Georgia.