Thomas is running against incumbent Chris Grace, who was appointed to Place 3 in March 2019.

“I am excited for the opportunity to be a candidate in Chelsea’s 2020 election,” Thomas said. “The council I hope to join has made several accomplishments of which I would love to enhance and give the point of view from someone who has been in Chelsea for the last 50 some odd years.” 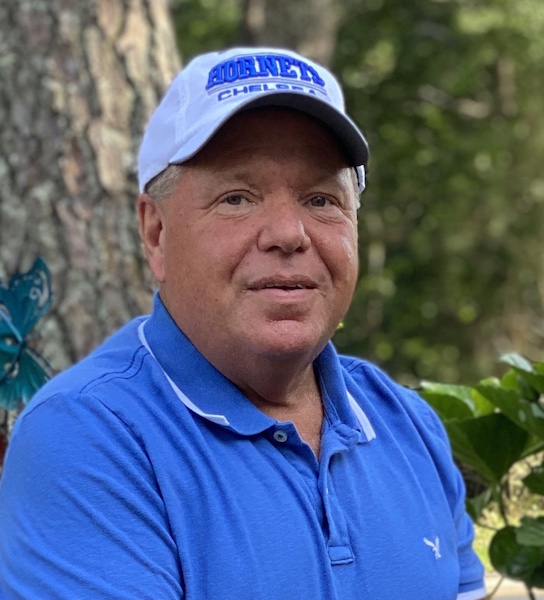 Chris Thomas has announced his plans to run for the Chelsea City Council Place 3 seat. (Contributed)

Thomas said he would like the opportunity to bring a perspective to the council that includes the wants and needs of people who have decided to make Chelsea their home, and to include the creating of plans that give long-term residents a voice in the direction of growth in the city and how funds are spent.

“I would also like to see to it that projects are being worked on that fill the needs of all aspects of education and give opportunities to organizations, both athletic and arts based,” Thomas said, and added, “I’ve noticed the city is working towards a path to bring larger businesses to Chelsea, and I would like to see more restaurants from larger groups that include seating and not just fast food establishments.”

A lifelong resident of Chelsea, Thomas said he and his family, along with the property they own, have been firmly planted in Chelsea for more than 100 years.

“I’m also thankful that my family was able to donate land for a church to be built,” Thomas said. “K-Springs has been a vital part of our community since 1902.”

Thomas graduated from Chelsea High School in 1981 and attended the University of Montevallo.

He has been employed as a school bus driver in Chelsea for the last 28 years and has driven the bus for the band and other organizations from Chelsea, kindergarten through 12th grade.

Thomas also has worked at Jim N’ Nick’s for 21 years and has several long-term relationships with the citizens in the community, old and new.

“Chelsea has been, and I hope, always will be a beautiful, small city that welcomes people from all backgrounds,” Thomas said. “Chelsea is also a community that offers a great education and a childhood that someone, later in life, can say, ‘That’s my hometown, I have awesome memories, and I am thankful for all the opportunities afforded to me by this city, and an opportunity to succeed in life!’

“My goal is that, as Chelsea grows, the values created by life-long citizens and values that attracted the large numbers of new residents to our community remain intact,” he continued. “Hopefully, we work hard not to become the neighborhood or city that they left and remain the city that we all have loved for many, many years.”

Thompson starts No. 1, others receive recognition in preseason poll

By ALEC ETHEREDGE | Managing Editor For the fourth year in a row, the Thompson Warriors will start a new... read more