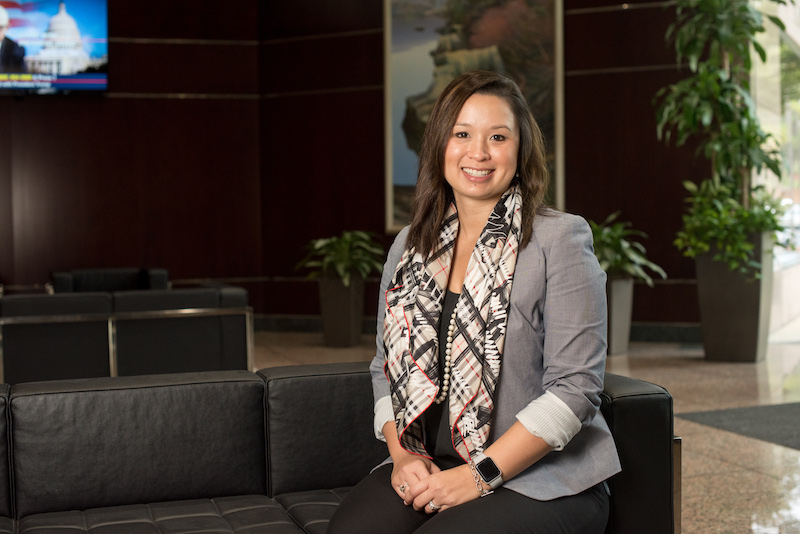 Nearly three years since becoming managing director of 58 INC., Yvonne Murray is preparing to transition from the economic development agency to Southern Power, where she will join the Financial Structuring team. (File)

A leader who has played an integral role in Shelby County’s economic development the last three years is preparing for a new chapter in her career.

In mid-August, 58 INC. Managing Director Yvonne Murray will transition from the role she has held since November 2017 to Southern Power, where she will join the Financial Structuring team to work on energy projects like wind, solar and alternative clean technologies.

After publicly announcing her plans in July, Murray reflected on her tenure at Shelby County’s economic development agency and the experiences she is grateful to have had alongside her team.

“First, I am proud of the relationships that we were able to build with our companies, The Shelby County Chamber, our municipalities, our schools from kindergarten to post-grad, and our regional partners like the Birmingham Business Alliance and Central Six AlabamaWorks,” Murray said. “While our county line defines our service area, we could not have been successful without those strong and supportive partnerships.”

Murray listed Therachem and Campus No. 124 as two of many projects she is proud to have been involved with in Shelby County.

“Therachem, who is in the midst of a new facility being planned and expanding operations, is a key piece of BioCryst’s COVID-19 therapy drug development process,” Murray said. “Campus No. 124 is an idea that Melody (Whitten) and I got to see through from the very beginnings of an idea from an introduction, and now it is steadily progressing with construction. It will be a catalytic mixed-use development for the city of Pelham in the herd of tourism-based amenities like Oak Mountain State Park, Oak Mountain Amphitheater and Pelham Civic Complex, where the Birmingham Bulls hockey team plays. Projects like that feed our lodging tax, and in Shelby County we fund our quality of life and economic development projects through lodging tax.”

Murray said 58 INC. has benefited from an “amazing support system” in its board, the county and The Shelby County Chamber as the organization has grown from the ground up.

“I will brag that the current Mayors’ Association is one of the most cohesive groups of leaders that I have ever worked with,” she said. “Despite their varying viewpoints, they work hard as a team, and they have fun while accomplishing much.”

When the COVID-19 pandemic hit in March, Murray and her team focused on taking in the abundance of information being released and getting it to local businesses.

“If there were gaps, then we worked with partners and did heavy research to put together content to fill them,” she said. “In the span of 2.5 months of quarantine, we provided assistance to over 100 businesses virtually by collecting and listening to their needs and providing them with resources and solutions to address their concerns.”

They worked remotely through the end of May, and when they returned to the office, they made sure to create a sanitary environment for the team and rare guests.

“Even now, we have primarily virtual meetings to ensure the safety of the team and our partners,” Murray said. “Our activities are still categorically the same, but we now have greater levels of activity in workforce and the biotech sector. We are starting to really see some shifts in the types of businesses growing to meet domestic healthcare needs.”

Murray credits her coworkers with serving as a support system for her as 58 INC.’s managing director.

“Our team was reminiscing about our experiences together recently, and I’ll just say that we have shared a ton of laughs,” she said. “I think it makes it easier to work hard when you have fun, hardworking people alongside you. I will miss them greatly!”

58 INC. Board President Paul Rogers said Murray has helped lay the foundation for increased economic development in Shelby County for many years to come.

“Yvonne has done a great job helping us get 58 INC. started and launched in the right direction,” Rogers said. “It’s great to have someone who grew up here to be able to launch this and lead it like she has. Her passion for Shelby County is so obvious.”

Rogers said Murray is respected by many and has built relationships across a broad spectrum of people, including business owners, municipal leaders, county officials and economic developers.

“Obviously, we hate to see Yvonne leave 58 INC. because she’s been such an integral part of what we’ve done,” Rogers said. “We’re thankful she is staying in Shelby County, and we will call on her as a resource to help us with initiatives that she has been such a key part in developing.”

During his report at a Shelby County Commission meeting in July, County Manager Chad Scroggins said the county wishes Murray well as she pursues her new opportunity.

“Yvonne has served us well in the first three years of 58 INC., and we’re very much thankful for her leadership of that organization,” Scroggins said. “We certainly wish her well.”

Murray said she will always be a Shelby County girl. Her family will remain in Helena, and she will maintain her roles on the boards of directors of the Shelby County Community Health Foundation and Leadership Shelby County.

Murray also shared a few thoughts with whomever her successor will be at 58 INC.

“Shelby County is like one big extended family. Every community node is a little unique (or a lot!), and you have to embrace that,” she said. “Once you get to know each community, you will come to love Shelby County in a way that makes it easy to do your job because you do love it.”

To the people of Shelby County, Murray stressed the importance of community engagement, especially as unprecedented changes take place in the economic climate.

“To ensure that our government meets the needs of its people, the people have to be engaged,” Murray said. “It can be as simple as completing your 6-minute Census at 2020Census.gov or voting at every opportunity. It can be as complex as getting engaged in community leadership, attending your council meetings or even running for office if you feel led to do so. I encourage you to do all that you can to educate yourself and make informed decisions about the future of your community.”

Foundation provides all school supplies for 10 kids in…