Jones recorded a lifetime of changes 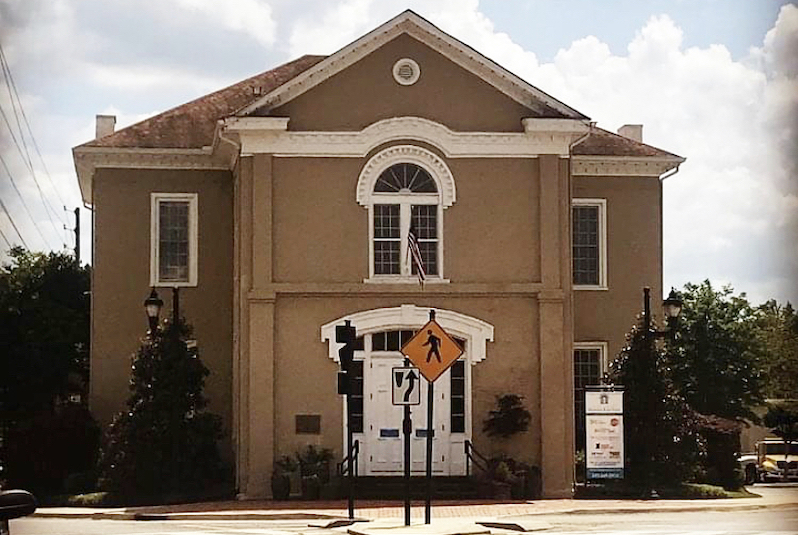 A handwritten history of Columbiana by lifelong resident Jesse Mae Butler Jones has been donated to the Shelby County Museum and Archives. (Contributed)

Jesse Mae Butler Jones was a true daughter of Shelby County. Born in the county seat, Columbiana, in 1928, she was also a woman of her time. A writer, an artist, a professor, a city councilwoman and not to mention a wife and mother, Jones seemed to live her life with a passion and a recognition that she had a duty to record the changes she’d seen over the course of her life. She passed at the age of 65 in 1993.

We know of her passion for history because of a recent gift to the Shelby County Museum and Archives. Bill and Beverly Justice, longtime friends of Jones, turned over a handwritten history by Jones to the museum because they recognized the important record that needed to be preserved for the county seat.

Near the end of Jones’s life, Beverly Justice spent a great deal of time with her friend and mentor while she was homebound, building a relationship that Justice would never forget. “She would sit in her big bed and do her writing from there,” Justice told us. Jones hand wrote volumes and kept them in three-ring binders.

Jones lived her entire life in the town of Columbiana and saw remarkable change from her childhood into her golden years. As she wrote as much town history as she could remember, Justice took her work and had it spiral bound for Jones. This particular work, that Jones named “A Testimony of Change,” she left to Beverly Justice.

In it, she records the various ways that progress changed everything from how families received their mail to how they washed their clothes and even how they acquired butter over the decades. She also gives a very detailed account of her memories of what Main Street looked like in the early 1930s.

“‘Testimony of Change’ is one of the best firsthand accounts of small town life that I have ever read,” Jennifer Maier, executive director of the Shelby County Museum and Archives, told us. “It’s like having a window overlooking Columbiana, where you can watch as Jesse Mae’s experiences unfold in front of your eyes.” Maier went on to say, “What I love about it is that it is her story, not someone else’s. She wrote with such confidence and recalled information in such vivid detail.”

If you’d like to read “Testimony of Change” the Shelby County Museum and Archives in Columbiana can help you do that. Just come by and ask them about it. The Shelby County Historical Society Inc. is dedicated to the preservation and promotion of the county’s history. It is one of the largest historical societies in the state. Members receive a quarterly publication related to county history, as well as invitations to special events. Membership fees also help the Society financially, which is more important now more than ever.

If you have a record of history or ephemera significant or related to Shelby County that deserves preservation, or you would like to gain membership, the Shelby County Museum would love to talk with you about it. Give them a call at 205-669-3912.