McCray said her vision for Montevallo is for it to be “a beautiful, inclusive city with genuine leadership that will inspire citizens toward upper mobility, economic equality, adequate housing, health insurance, a clean environment, safe neighborhoods and promoting more diversity throughout the community.” 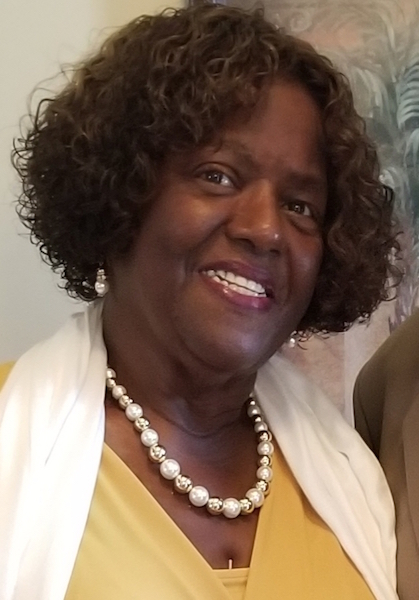 She worked for 24 years at UM’s Carmichael Library as the periodicals assistant training and supervising students.

She was employed with the Alabama Department of Human Resources for 13 years working in child welfare and adult services including the disabled.

McCray has been a member of Gamma Phi Delta Sorority for 25 years, a business and professional sorority based out of Detroit, Michigan, with a local chapter in Montevallo.

McCray said her sorority assists with various projects to help youth with life skills and awards scholarships to graduating seniors.

Each year, the sorority recognizes seniors in various ways and makes charitable donations to organizations that provide resources to assist individuals who need services.

The sorority is affiliated with NAACP and National Council of Negro Women (NCNW).

McCray has served as the secretary of her chapter and the editor of her chapter newsletter. She also has been the regional editor for the sorority. Her current position in her chapter is vice-president.

McCray served as church secretary for more than 10 years. She is a member of NAACP.

In 2000, McCray began assisting City Councilman Willie Goldsmith and resident Henry Emfinger with gathering information to start the process of the Aldrich neighborhood’s annexation into Montevallo.

After becoming an official citizen of Montevallo, McCray became a member of the city’s abatement board.

McCray said she has been attending City Council meetings regularly since the annexation of the Aldrich neighborhood.

Salvation Army and Walmart partner to ‘Stuff the Bus’

FROM STAFF REPORTS ALABASTER — Walmart and The Salvation Army are teaming up to provide new school supplies to local... read more