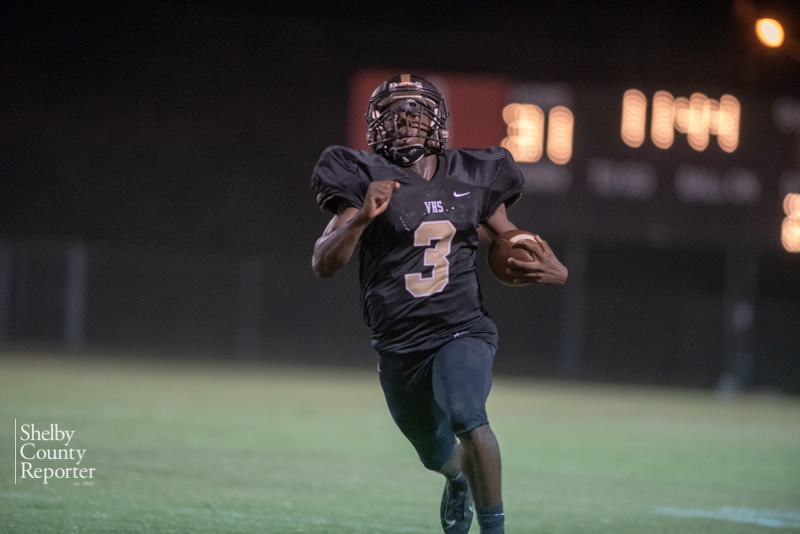 The Vincent Yellow Jackets will return talent across the board on this year’s team, which may help them compete despite a difficult schedule and lack of depth. (File)

Heading into year three under head coach Lucas Weatherford, the Vincent Yellow Jackets continue an upward trend. While the wins haven’t been there with three his first year and two his second year, the program continues taking steps in the right direction to becoming competitive.

This year’s test will be his most difficult with six opponents on the schedule that finished above .500 last year, three that won at least 10 games and one that went 14-0 to claim a state championship.

But the Jackets have shown improved competitiveness, and that will continue to be the goal this year no matter the outcome on the scoreboard.

Last season, Vincent lost three games by nine points or less in addition to their two wins, giving them a chance to win five games. The year before, the Jackets had a shot in just three games.

They also averaged four more points per game last year, while giving up six less points per game. Those kind of improvements, as well as buy in from the team, are all you can ask for when trying to completely rebuild a program that has won no more than five games since 2013.

And while this year’s team will continue to lack depth, a common problem in the 2A classification, there is plenty of talent to get excited about starting in the backfield.

Starting quarterback Will Harris will return for his second year at the position, while one of the state’s best athletes in Tae McGregor will return to help out at running back and receiver.

Harris was young and inexperienced last year and seemed to be getting his feet under him in a fast-paced game. That led to struggles at times, but it also led to him gaining experience and a better handle of the position.

Now, the game has slowed down for him and he has a better feel of the offense going into the 2020 season, and he’ll have a couple of athletes to get the ball to as well as a solid offensive line.

McGregor is one of those talented athletes returning after totaling more than 1,000 all-purpose yards as a junior. He’s an athletic playmaker at receiver and running back, as well as in the return game, who can take the ball to the house every time he touches the ball.

Close to 800 of his more than 1,000 yards of production last year came at running back, while he also scored 20 touchdowns.

He’ll be joined in the backfield by Jermarey Lawson, who sat out last year but is back this season. Lawson is a bit bigger, but he is also speedy and shifty like McGregor, making that duo a dangerous combo for defenses this year.

Both will also get time at receiver this year, but Zac Carlisle will be the key returnee to that position. He played a lot in the secondary last year, but has put in work to not only get better, but stronger to handle the lead-receiver role.

Sophomore Tray Youngblood will join Carlisle at the position, and while he is smaller, he might be the fastest player on the team that will be dangerous in space.

Possibly the biggest benefit to the offense will be up front with the return of both Paul Albright and Evan Swain. Albright is a senior returnee who stands at 6-foot-4, 350 pounds, while Swain is a junior returnee who has a frame of 6-foot-1, 225 pounds.

Joining them will be sophomores Jacob Carter, Easton Fields and Felix Arteaga with big roles up front.

Most of that group of offensive lineman will play on both sides, taking a spot on the defensive line as well. Albright is expected to have a big season there due to his size, while Swain will play on the end with others sprinkled throughout the line.

The team’s most concerning position will be at linebacker, but two leaders in junior Griffin Martin and sophomore Zach Wright will return.

Martin was injured in the second week last year, but has worked to get back, while Wright played gained experience as a freshman. Junior Chris Brown and freshman Quenterrius Robertson will add help, but there isn’t a ton of returning experience nor depth at the at the position.

But the secondary should help make up for some of that inexperience at linebacker, and might be the best positional unit on the team.

Senior Caleb Scott will return to play safety this season and will be joined by returning starter Cobe McKenzie. Both played a hybrid safety-linebacker role last year, and will be able to help not only at safety but in a similar role this year if necessary due to the inexperience at linebacker.

Harris will also help out at safety when his stamina is up to it, but quarterback will be his focus.

At cornerback, Carlisle and Youngblood will move to the defensive side of the ball with experience, while McGregor and Lawson can also help at the position if needed.

Vincent 2020 prediction (4-6): There are games on Vincent’s schedule that could go either way. The three toughest opponents will be Lanette, Randolph and Ranburne. Outside of that, the Jackets have very few guaranteed wins, but could also win all of them depending on how improved this team is and the shear want to be better this year. Finding a deep threat on offense will be key, while the defense improving and staying health will be the main determining factor. Vincent has a lot to prove this year against a very difficult schedule, but the main focus has to be on continuing in the right direction. It seems on paper as if this team has the most balance of talent at every position that it has had in recent years, but depth will be the main obstacle to overcome.