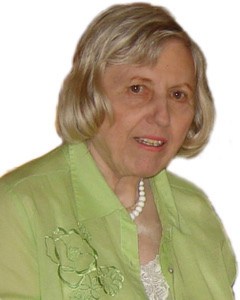 Margaret was born on Dec. 27, 1928 in Montevallo. She graduated from Montevallo High School and received a teaching degree from Alabama College, now known as the University of Montevallo. Margaret also held degrees in Science from Vanderbilt University and Peabody College in Nashville, Tennessee. She worked at Southern Research Institute in Birmingham and Wesleyan College in Macon, Georgia.

Upon retirement, Margaret moved back to her hometown of Montevallo. She especially enjoyed her long-time friendships with neighbors and volunteering at the American Village in Montevallo. In Margaret’s later years, she moved to Martinview Assisted Living in Tuscaloosa to be near family.

Margaret lived a richly colorful life with many friends and interests. She was a gifted modern dancer and took dance classes her entire college career. She also attended aquatic school in Brevard, North Carolina and earned a Red Cross certification in Water Safety Instruction. Following her certification, she worked as a waterfront instructor on Lake Winnipesaukee in New Hampshire.

A family graveside service was held at Montevallo Cemetery on Monday, Aug. 10.

Memorial contributions may be made to First United Methodist Church of Montevallo.