Nichols and SCALNC serve those who have served 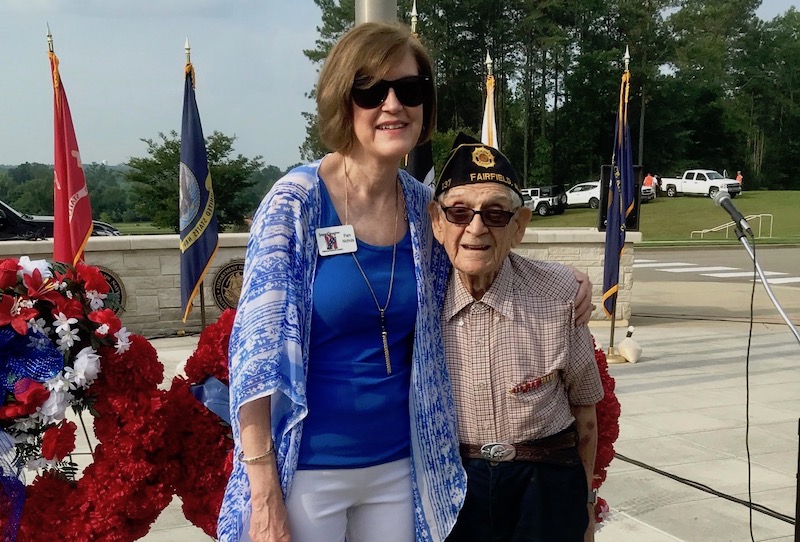 The Support Committee for the Alabama National Cemetery (SCALNC) is a public volunteer organization formed in April of 2008.

Colonel Bob Barefield served as SCALNC’s first chairman until 2018, at which time Pam Nichols was then elected to the position. Its sole purpose is to provide overall support to the ALNC that isn’t funded by the NCA nor the VA. Its mission is to honor those interred at the cemetery by providing comfort to their families, promoting the cemetery to others, developing and participating in commemorative cemetery programs and providing financial support to the cemetery to further enhance its beauty, maintenance and expansion.

To date the Support Committee (SC) has provided over $75,000 and thousands of volunteer hours in direct support of the cemetery with every activity focused on honoring and remembering the sacrifices of veterans and their families.
Current Support Committee Chairman Pam Nichols is a Bessemer native. She retired from the healthcare industry in 2013 after 30 years of service. Her professional accomplishments include development of numerous successful health services programs such as Eldercare Plus, Alabama’s first senior health services membership program of its kind.

Over her career, Pam has served as a board member and officer for numerous professional, civic and non-profit organizations. In 2007, Nichols co-founded and directed the now retired program, Honor Flight Birmingham. The program’s mission was to honor living World War II (WW II) veterans. She describes this as her greatest personal accomplishment and one she is most proud of. Honor Flight Birmingham made 15 flights for nearly 1000 WWII veterans to see the WWII Memorial and be honored for their service before it was too late.

Although she is not a veteran herself, she comes from a family with a long history of military service (grandparents, father-in-law, uncles, cousins, nephew, brother and husband).

“I felt called to serve in a different way and that is to honor those who have sacrificed so much for my freedom and way of life. My involvement with the Support Committee grew out of my work with Honor Flight Birmingham,” Nichols said.

She oversaw the program for five years. Since that time Pam has said goodbye to most of her WWII heroes and friends, some of which are now laid to rest in the ALNC.

“The Support Committee allows me to again express my gratitude and demonstrate to surviving family members and friends that their sacrifices are not forgotten and that these heroes will live in our hearts forever,” Nichols added.

Pam lives in North Shelby County with her husband, John, an Air Force Vietnam veteran. She has two grown children and three grandchildren.

You don’t want to miss Intermission