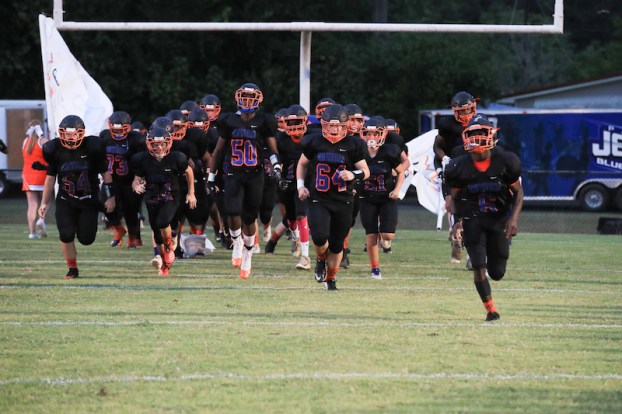 The Montevallo football team had to cancel its 2020 season opener with Marbury due to a positive COVID-19 case in the program. (File)

MONTEVALLO – The Montevallo Bulldogs won’t start the 2020 football season as scheduled after officially cancelling their season opener due to a positive COVID-19 case in the program.

Head coach Blake Boren confirmed the news on Wednesday night, Aug. 12, saying a “significant number” of his players had to go into quarantine due to the one positive case.

“With guidelines set forth in preparing to return to play, playing Week 0 was unattainable,” Boren said.

The Bulldogs were scheduled to kick off the season on the road against Marbury on Aug. 21, but will now have to wait an extra week to start the 2020 season, which will mark Boren’s first as head coach.

It’s still up in the air as to whether Montevallo’s second game scheduled with Shelby County on Thursday, Aug. 27, will be played.

The two teams hope to play the game, which would mark the season opener for the Wildcats as well, but it could also be moved to another date depending on what happens during the next two weeks.

By NATHAN HOWELL | Special to the Reporter  HELENA – As schools begin to open with a staggered schedule, typical... read more