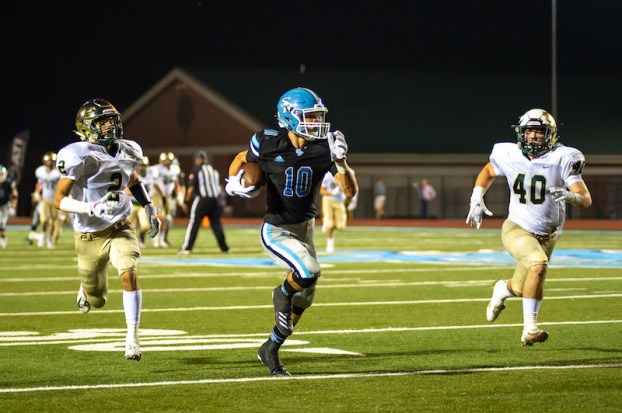 The Spain Park Jaguars will have the offense to compete with the best in Class 7A, Region 3 this year, and hopes the defense comes along to help them compete for a region championship. (File)

HOOVER – Many seem to be focusing on the big three in Class 7A, Region 3 heading into the 2020 football season—Hewitt-Trussville, Hoover and Thompson—and rightfully so. Thompson is the defending state champ, while all three are ranked inside the top 70 nationally entering the season.

But that leaves teams like Spain Park, Oak Mountain and Vestavia Hills as underdogs ready to prove they don’t just have what it takes to compete with those three, but snatch a region title away from them.

For the Spain Park Jaguars, that possibility is there thanks to what returns on the offensive side of the ball this season. While the defense will continue to see growing pains at times during the 2020 season, the offense has the potential to be one of the best in the state.

It’s a weird situation for defensive-minded head coach Shawn Raney going into his eighth year, but it worked at times last year and should work even more this year.

Last season, the Jags finished the season 4-6, but they lost three games by seven points with the offense averaging 28.8 points per game and the defense giving up 36.6 points per game.

To even win four games with those numbers was impressive, but to be in three others, including top-10 teams in Mountain Brook and Hoover, was remarkable.

Going into this season, the Jags should be better than 28.8 points per game offensively, which could make the difference in turning what were close losses last season into wins this year, while the defense won’t be any worse.

While the Jaguars will be on their fourth starting quarterback in as many years, which would normally cause worry, the last three have done just fine with Braxton Barker, Mason Pronk and Harrison Barker all having success.

Now, junior Bennett Meredith steps in with an offer from Troy University based solely on his play on junior varsity. That’s a promising sign for the quarterback who will have two years with talented playmakers around him.

Standing at 6-foot-3, 180 pounds, his size is perfect for the position and the coaching staff has confidence he’ll take command of the offense.

What should help make him feel more confident in the pocket is a trustworthy group of returning receivers, possibly the strongest the unit has been in years, as well as the return of a strong offensive line.

At receiver, senior Cooper Kelley and junior Jaylen Ward will both return as leaders. Kelley was last year’s leading receiver with 778 yards and seven touchdowns, while Ward was just behind with 596 yards and six touchdowns, earning several Division I offers for his play as a sophomore. 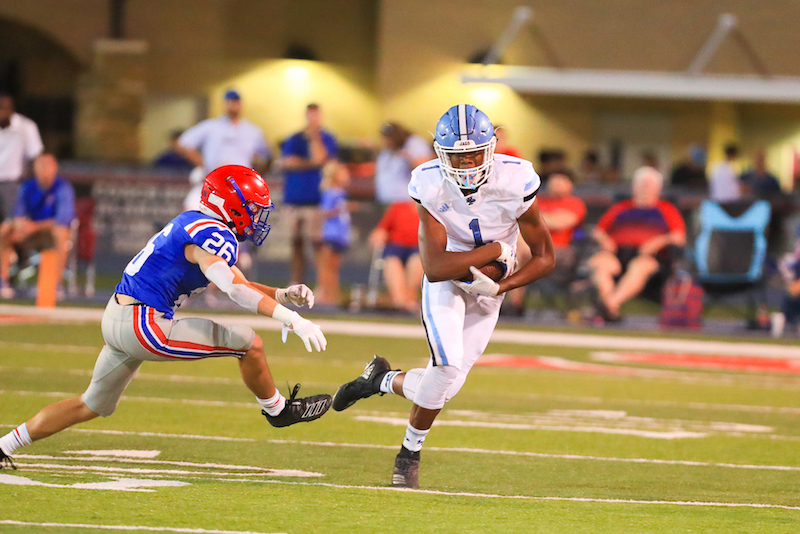 Both have potential to come close to 1,000 yards and 10 touchdowns this season, while David Moultry is another experienced junior who will make defenses struggle to double team anyone. Junior Landon Miller and sophomore John Robert Thompson are both expected to have breakout seasons to take even more pressure off the starters.

At running back, the Jags will lose Michael Callens, who totaled more than 1,000 all-purpose yards, including 822 rushing yards, which will be tough to replace.

But Justin Pegues is a similar athletic and speedy back who puts the team first. He played in the secondary last year, but is moving back to his natural position, and is ready to lead in the backfield. Backing him up will be Zamir Farris, who is a carbon copy of Pegues. Both bring speed and explosiveness to the table, but size will be the top concern at the position.

Opening holes for those two and giving Meredith time to find the open receiver will be an exciting offensive line led by 6-foot-5, 280-pound senior Jayson Webb. He gives the Jags a lineman like they haven’t had in the past with is size and athleticism.

Joining him will be three-year starter Setphen Olsen and three juniors who started as sophomores in Andrew Moses, Connor May and Jackson Boler.

One unit that needs the most improvement is up front on the defensive line. Sam Garibay will be the leader up front, returning the most experience, while Dylan Heatherly and Gage Hughes will be counted on to make a difference.

Brian Alston is going to tackle a defensive end position and the coaches are expecting him to become a difference maker as a sophomore, while Moses may also play some on the defensive side to help that unit.

Closing out the front seven will be a group of linebackers that have question marks entering the season. Jayst Dorion and Sam Moates are seniors and will have to be leaders at the position now in starting roles.

Sophomores Caleb Ward and TJ Metcalf are young, but will need to step up this season as well, while juniors Jack Baylor and Ethan Gutowski will be in the mix.

While there will be inexperience in the front seven, the back end of the defense will try to make up for it, challenging the receiving corps for the best unit on the team. 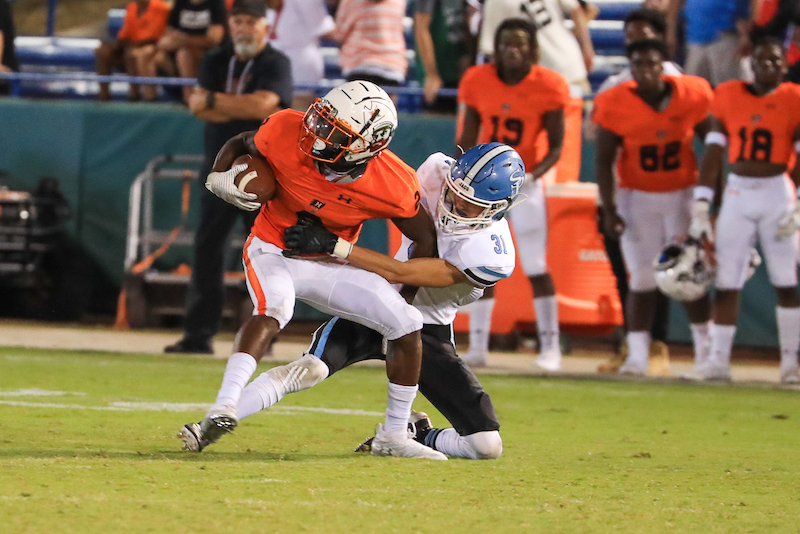 Returning starters include Braden Brock, Michael Ogletree and Pierson Cole. Tyler Hunter and Michael Vincent will battle to fill Pegues’ spot after his move to offense, while Tucker Snead will add depth at safety. It’s a group that should be strong in coverage and help the defense at least make a slight improvement this year.

Another key returnee will be Drake Tabor, who will be a welcome sight in the kicking game. A senior this year, Tabor is one of the top place kickers in the state.

Prediction (7-3): Spain Park’s success this season will largely depend on the offense living up to its potential and the defense playing better than expected. A 7-3 record seems like the best-case scenario when looking at the difficult schedule, but also seems very realistic. That, however, means beating every team outside of the three nationally ranked teams in Thompson, Hoover and Hewitt-Trussville. I’m of the belief that the Jags will shock a few teams and be a surprise to many people this year. Their offensive talent makes them a threat to compete for one of the top three spots in the region, while the defense should at least show improvement from last year with a strong group in the secondary.