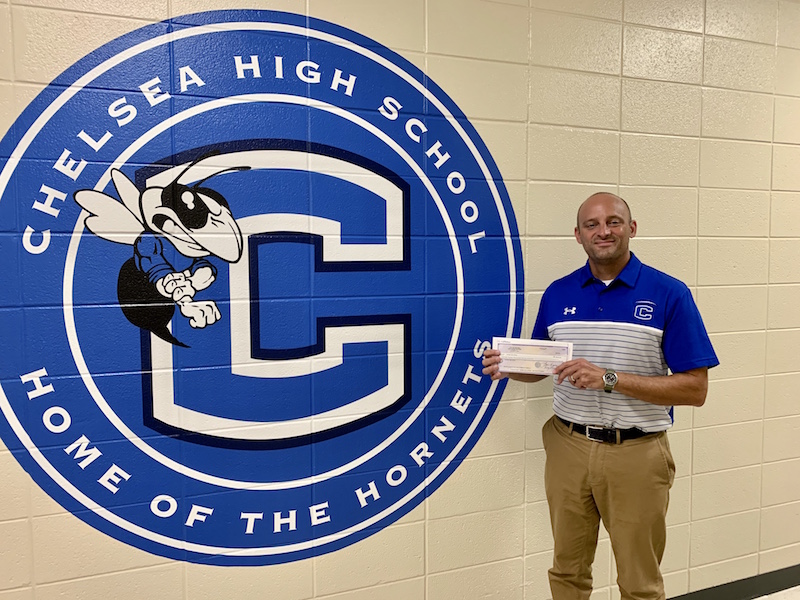 CHELSEA – The city of Chelsea donates $25,000 annually to each of its five schools, but this year, the schools are receiving the full amount at the beginning of the school year instead of separate installments at different times.

“The City Council decided with all the challenges you guys are facing now, that we would do it all now,” Mayor Tony Picklesimer said during a check presentation at Chelsea High School on Wednesday, Aug. 12. “It is a pleasure for us at the city of Chelsea to continue to support the high school.”

“That’s phenomenal,” Turner said of the donation. “This is an example of the support and leadership we have.”

The school donations come from the city’s general fund and are completely separate from the Nick Grant program, which was formed in 2019 after the council approved a 1-cent sales tax increase to generate funds for projects at the city’s schools.

In an Aug. 4 meeting, the City Council approved to award Nick Grant funds to CHHS in the amount of $28,344 for improvements to the football stadium entrance.

The Nick Grant program also has provided Chromebooks for numerous students in Chelsea.